Now, two StandHyds and one NasHyd have been connected to the RouteChannel. The other two NasHyds don’t have a downstream channel. Instead, all the hydrographs will be added together at the watershed outlet. To represent this, add an AddHyd to add hydrographs from these two NashHyds.

To create an AddHyd, choose AddHyd in the tool box and drag to the desired location on the Canvas. In this case, put the AddHyd at the watershed outlet. Then, add a connector from the two left NasHyds (1002, 1001) to this AddHyd. 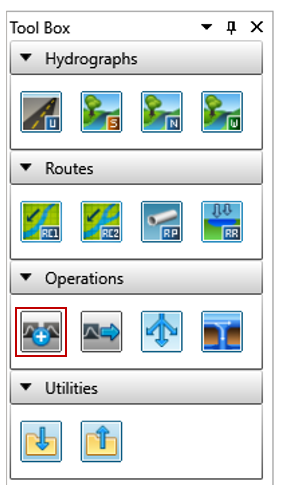 The Canvas will be similar to the one shown below. 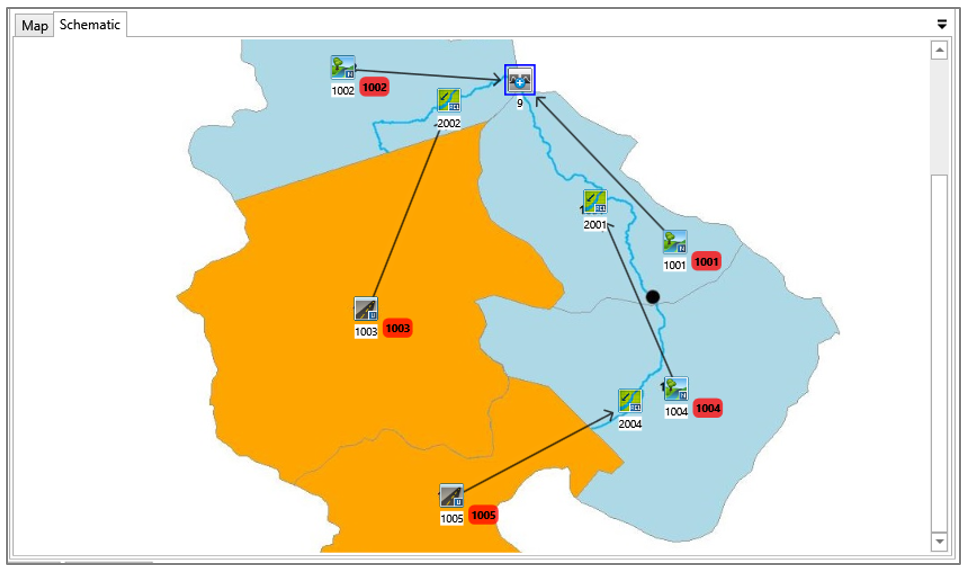 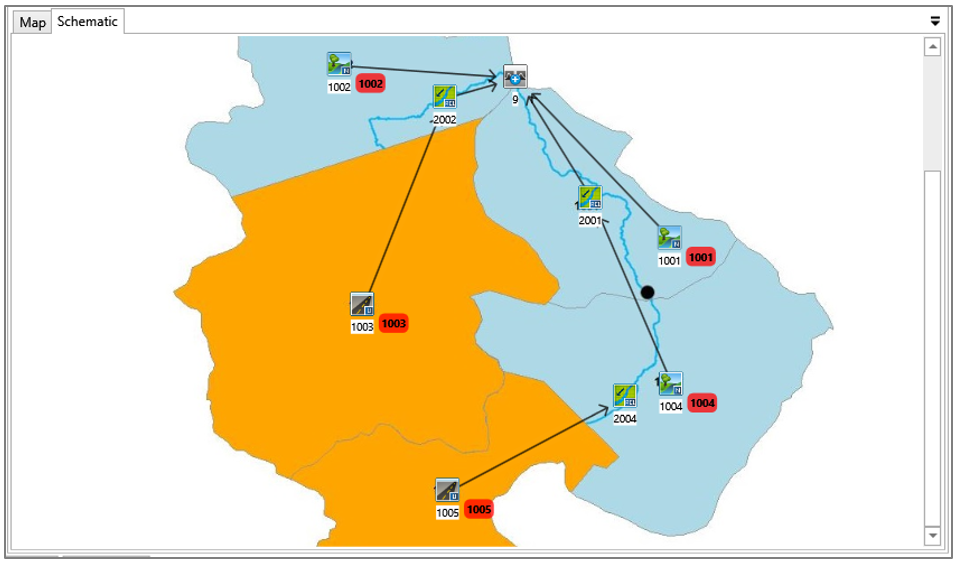 Now, the Canvas will be similar to the one shown below. All hydrologic objects are created and connected together. We are ready to set up the hyetograph and run the simulation. 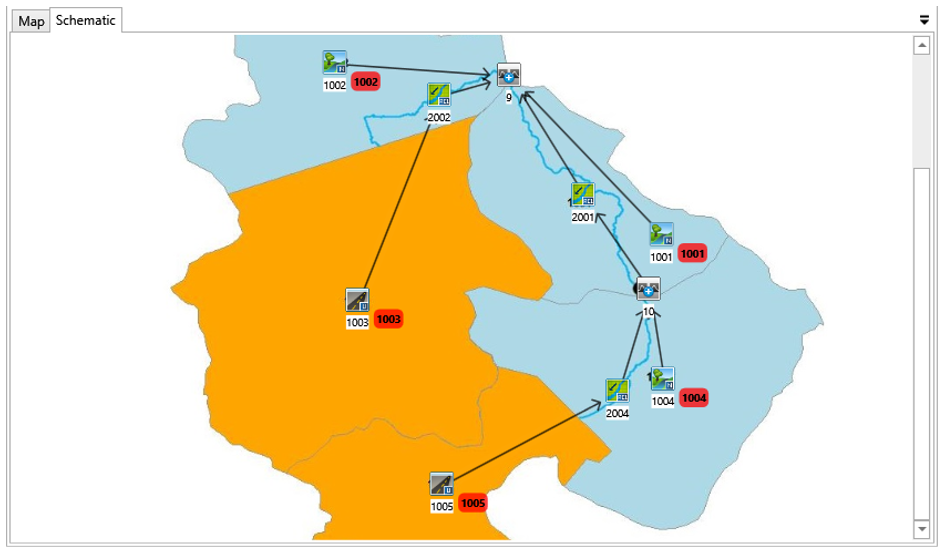