In this study design storm and historic storm flows were generated on large rural watersheds. The results from the historic storm events were examined to determine if the peak intensity or the antecedent moisture conditions influence the flows on a rural catchment. The peak intensity was found to be independent of the peak flows as shown in the figure below. On the other hand, the antecedent moisture conditions, as measured by the API, are correlated with the peak flows. The correlation coefficient between the API and the peak flows is close to 1. 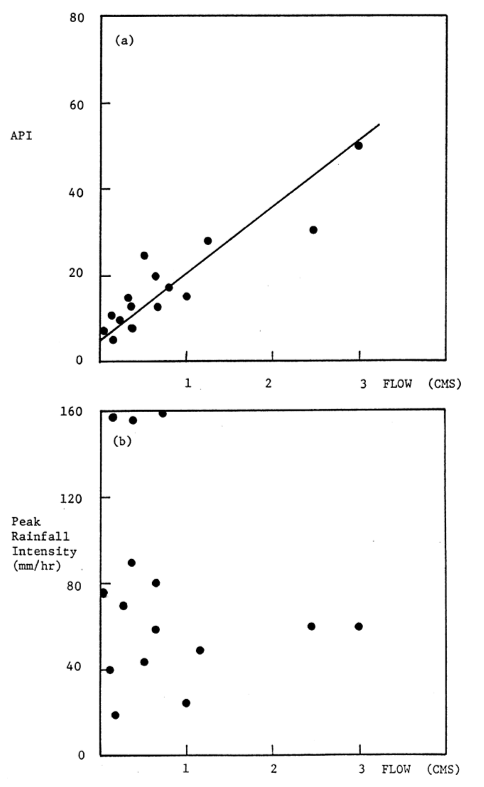 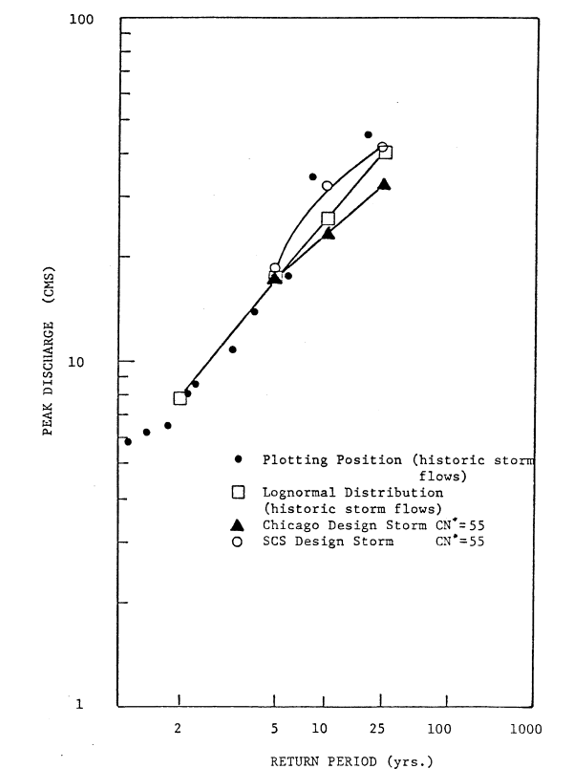 FLOW FREQUENCY CURVES FOR A RURAL WATERSHED IN SOUTHERN ONTARIO