For VO LID commands, there are two ways to specify the outflow capacity of the underdrain: 1) Stage Discharge Curve and 2) Orifice’s Equation. In the first option, user will enter the table of discharging rate – depth above subdrain manually. By the second option, the stage-discharge will be calculated with orifice’s equation.

As shown below, there are two groups of parameters for Orifice’s Equation option.

As shown in the diagram below, the perforations are assumed to be placed in horizontal rows and evenly distributed along pipe circumference. 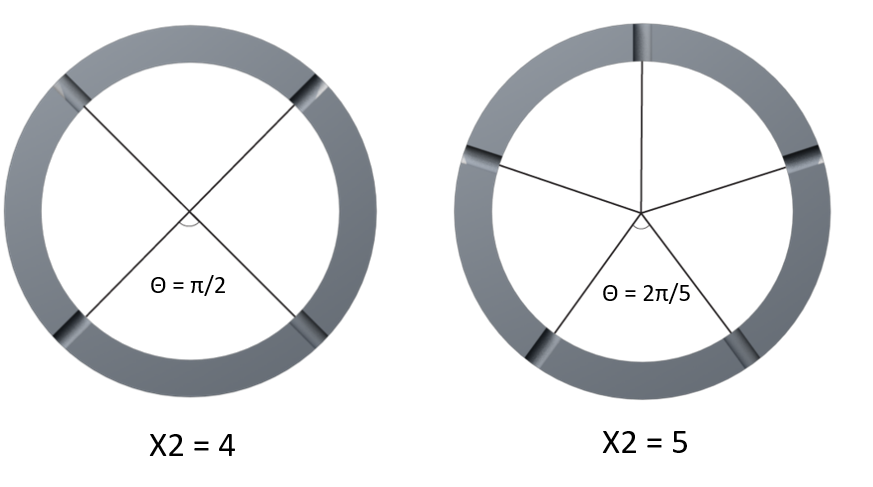 All layers above the underdrain pipe will be considered in the calculated depth-discharge curve. For example, a bioretension system with 0.2m of ponding, 0.3m of mulch, 1m of engineered soil and 1m of storage will have max depth of 2.5m (0.2 + 0.3 + 1 + 1).

The flow though the perforations is calculated using orifice’s equation.

Note that the head is different for perforations at different level.

The warnings and errors associated with underdrain parameters are list below.