Open the scenario “Post-Dev. Initial” which is shown in the Project Manager window. Run the simulation by clicking the Run button in the Simulation toolbar, and the results will display in labels.

This model is the same as the “Pre-Dev. Initial” and “Pre-Dev. Solved” models except that three of the NasHyd commands have been converted to StandHyds. This model shows the impact of a residential subdivision and a commercial development where there used to be farm lands and hay meadow. The woodlot and natural area are intact. 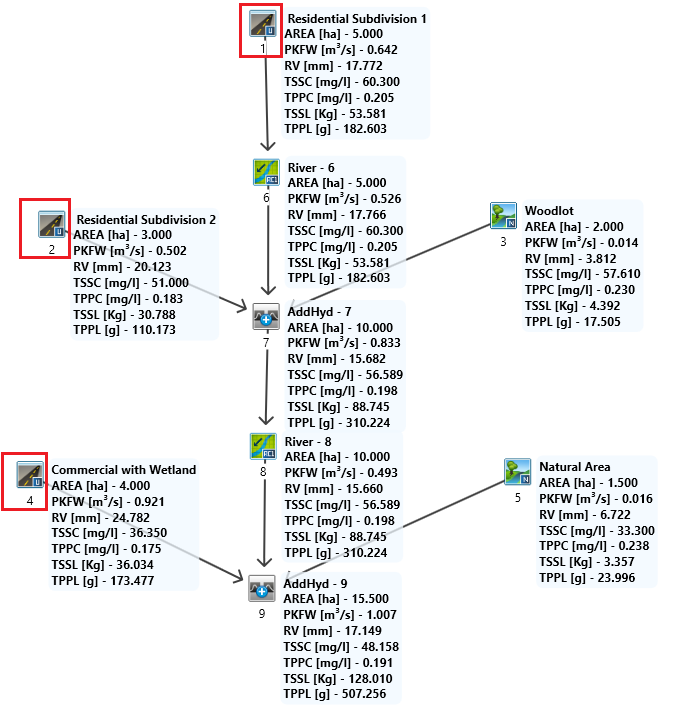 To run the model, select Run from the Simulation toolbar and select “New WaterQuality” for water quality. Then click Run to run the model. 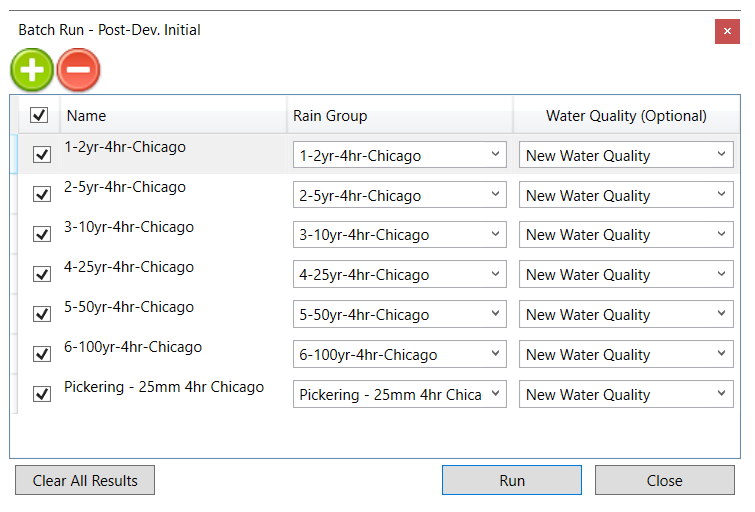