There are four ways to create a design storm in Resource Library which are corresponding to different scenarios. 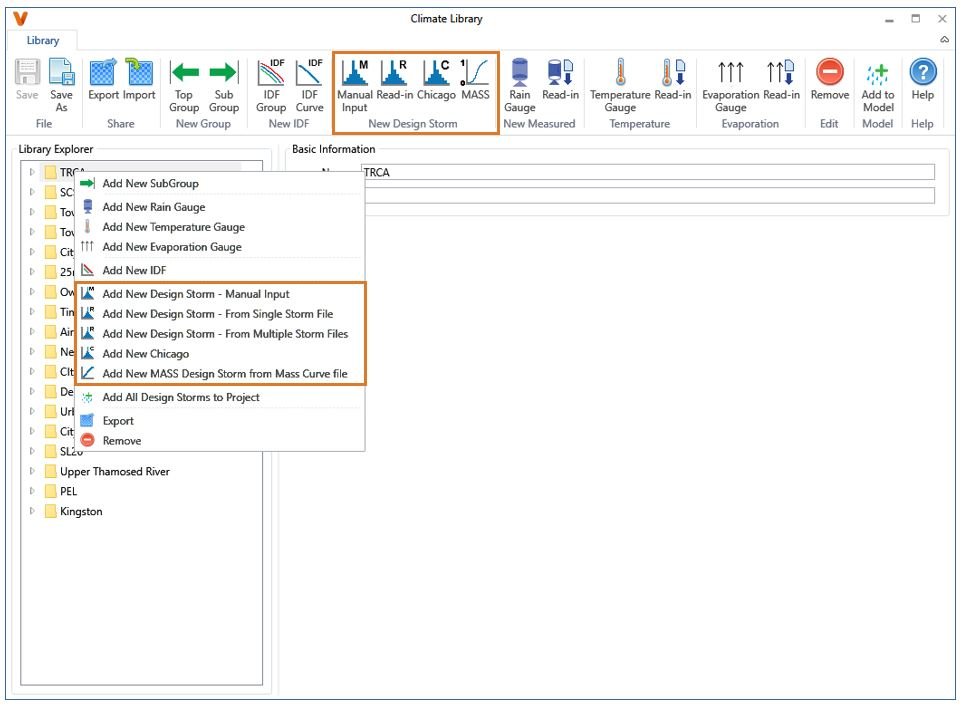 New manual input and Chicago design storms will be added immediately and set as the active item. A window will appear for Read-in and MASS design storm for user to preview the data be-fore its added into the library.

Chicago, SCS Type II and AES design storms can also be created based-on IDF Group as shown in the figure below. The design storms are created for each return period in the IDF Group. 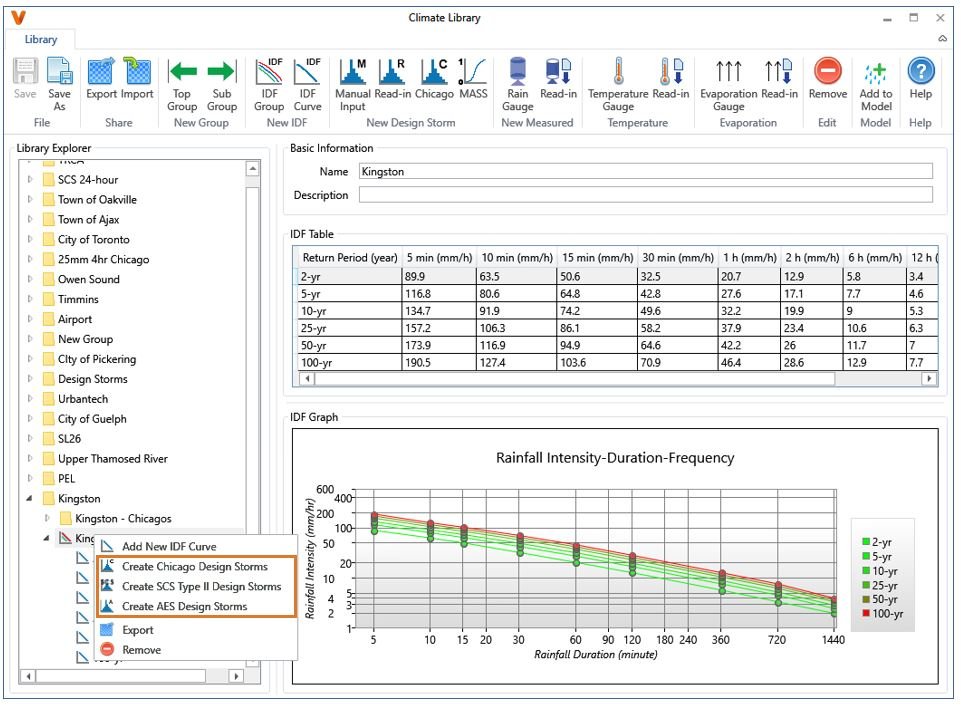