The Cross Scenario Plot feature can be used to compare hydrographs from two different scenarios (existing and proposed) on the same graph. This is a good tool for quickly comparing hydro-graphs at known locations, based on proposed modifications within the upstream catchments.

in the Simulation tab. The Cross Scenario-Run Hydrograph Output window will appear. This window has two parts with a tree view of all scenarios, simulations and objects on the left and the plot area on the right.

Hydrographs are not plotted when they are first opened. To show the hydrographs, check the checkbox on the left of the desired objects in the tree view. Although it is possible to plot hydro-graphs of all objects, it is recommended to compare the hydrographs from the same objects. 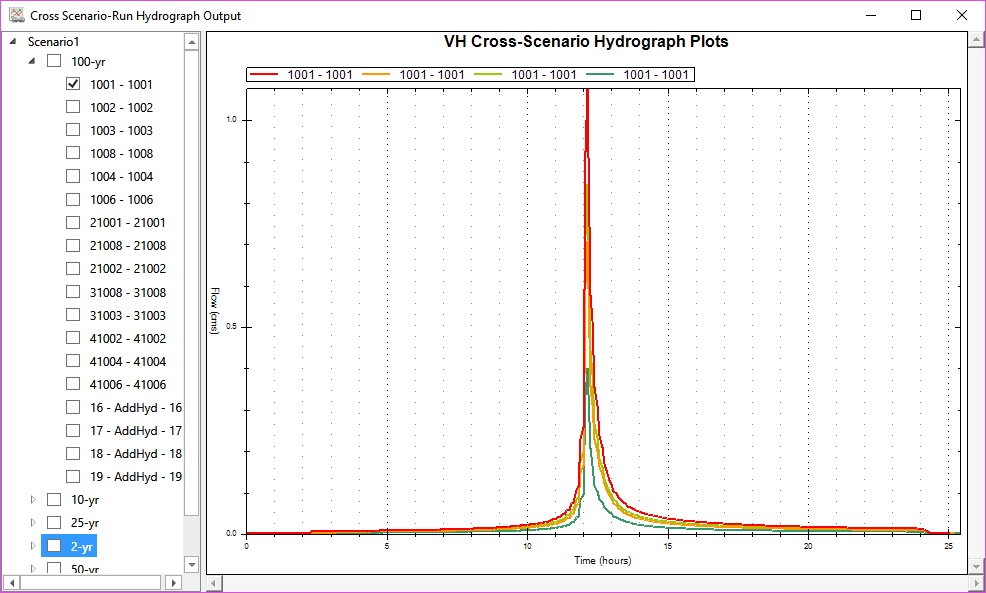