The visibility of a layer can be defined using the check box in Table of Content and the Scale Range setting in Layer Properties window.

Unchecking the check box would hide all features in that layer. For a group layer, it also hides features belonging to its children layers.

A scale range is the upper and lower scale limit when the features can be displayed on map. It is necessary to define the range when a certain layer is not useful when the map is zoomed in or out. To set up the scale range:

In the example shown in the figure below, the features in the layer would only display when the scale is between 1:50,000 and 1:250,000. If the scale goes beyond this range, all features would be hid-den and the checkbox beside the layer in Table of Content becomes grey to indicate the status. 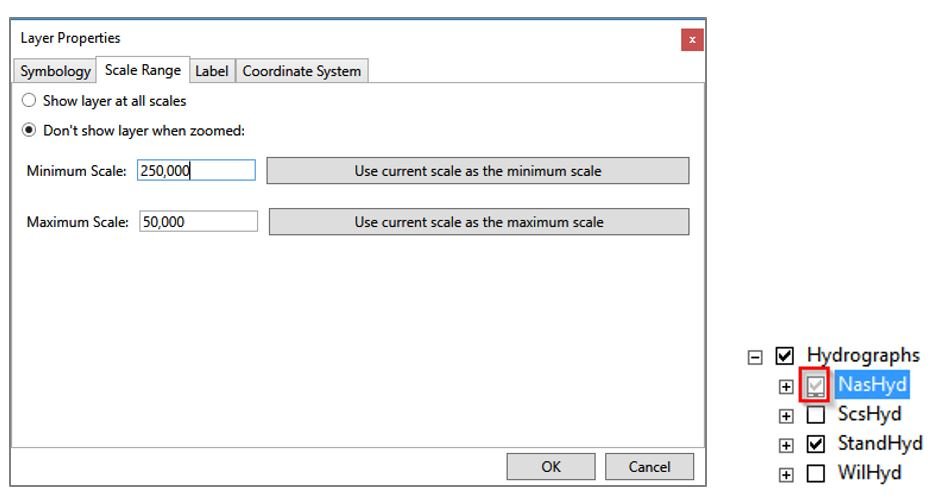