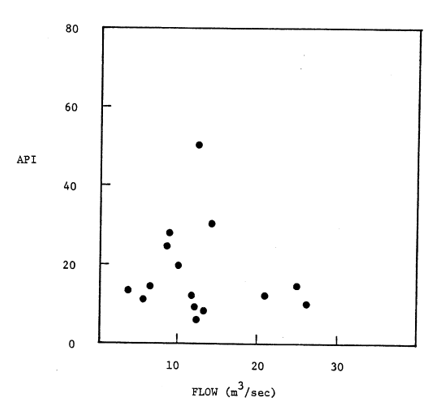 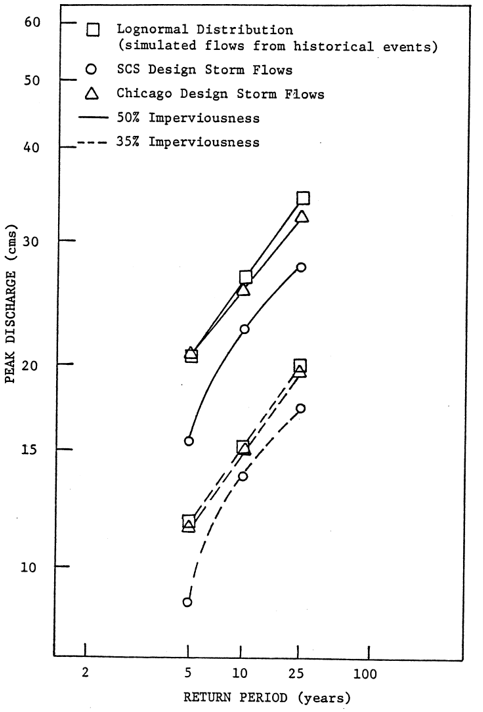 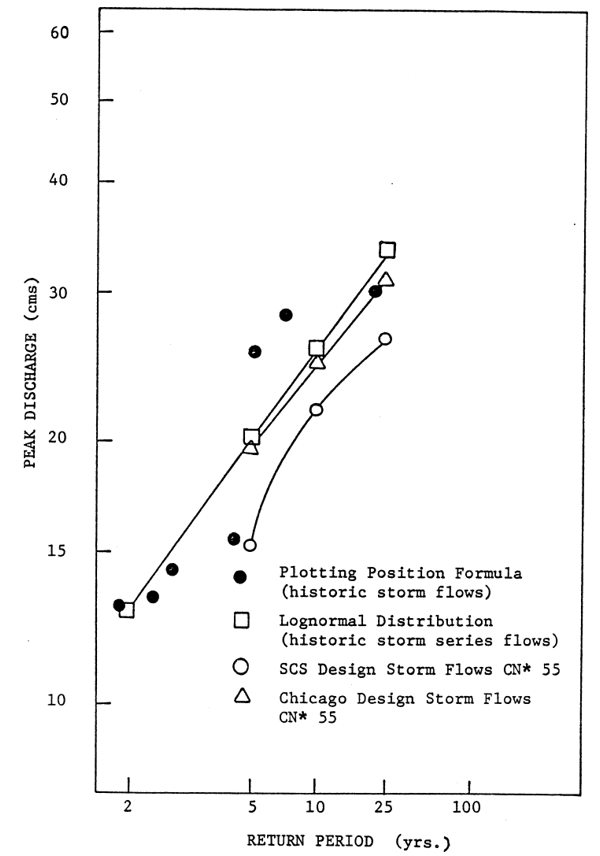 The flows were underestimated by approximately 6% on watershed No.1 and 4% on watershed No.2. On urban watershed No.3 the SWMM simulation program was used. The Chicago storm gave results that were similar to the real storm flows as shown in the figure below. From the tests conducted on these three urban areas the Chicago design storm gave peak flow predictions close to the flows from the historic storm series. 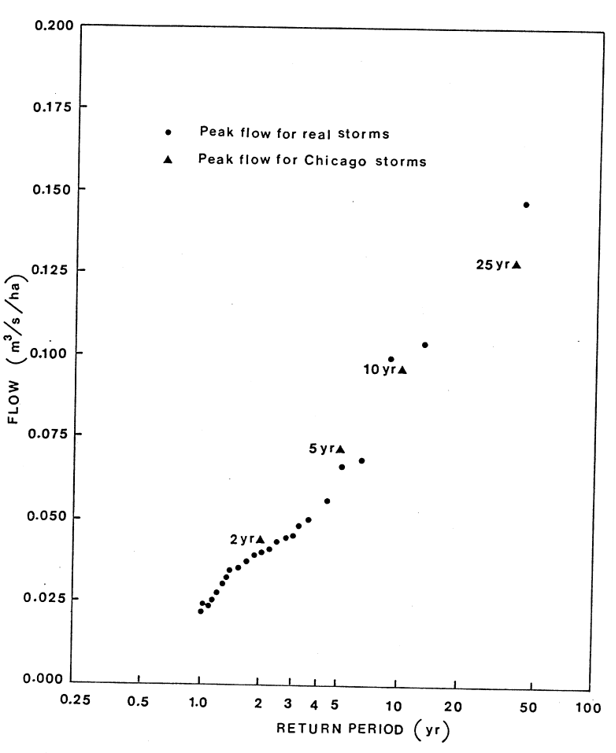