The rainfall inputs used with the event simulation models were a historical storm series and two design storms. The historical storm series was selected from the Bloor Street station rainfall record. A criteria was selected based on the storm volume and intensity so that approximately one storm event for each year in the record was chosen. This results in some years having more than one event and other years having no events. The selected events were then discretized to ten-minute time intervals. A summary of the storm events and their characteristics is given in Table 4.

The adjustment is necessary on urban catchments because the peak flows are dependent on the peak intensities. The scatter gram in the figure below shows that the correlation between peak flows and peak intensity is close to 1 in urban areas. 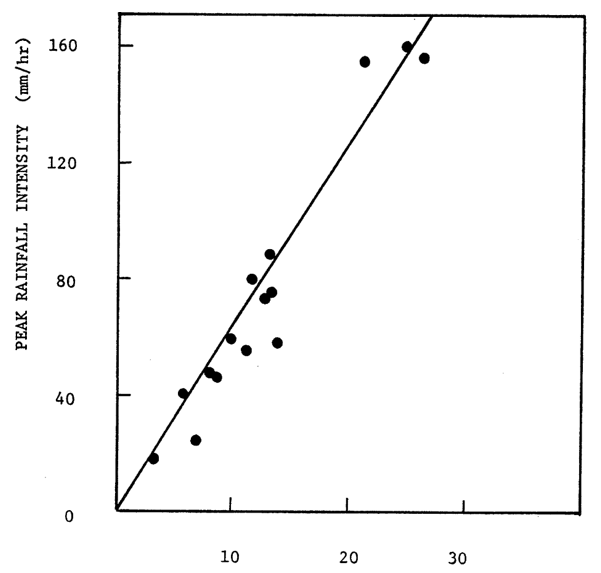 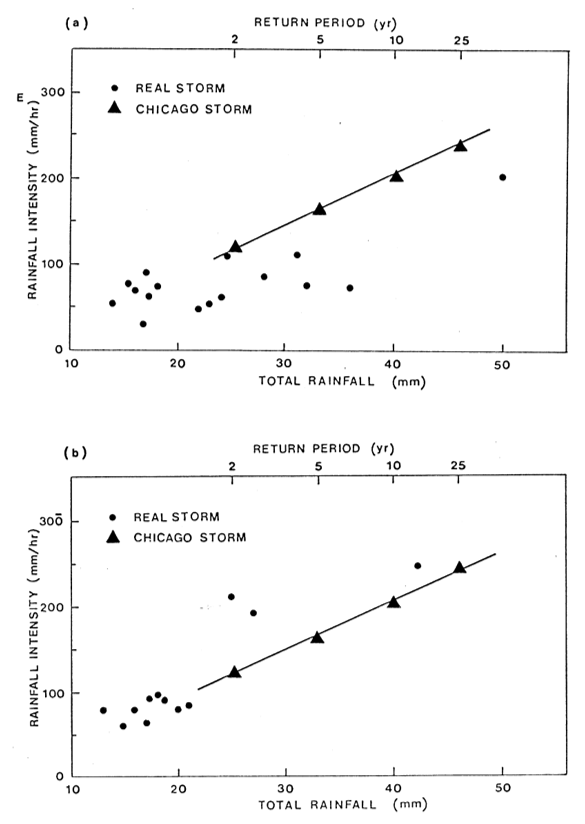