The Canadian Atmospheric Environment Service (AES) examined the temporal variation of rain-fall using almost 2000 extreme events in Canada. Hogg (1980) conducted the analysis of the time distribution of rainfall in short duration events. Rainfall duration of 1 and 12 hours were selected for the analysis and to develop Time-Probability curves. The events were chosen to have samples from both thunderstorms and large-scale cyclonic origin. The selected events did not have to be individual storm entities, they could also be part of a larger storm sequence. Fixed rainfall durations were selected so that the same definition would be used to identify rainfall that is used in obtaining depth-duration- frequency curves.

In analyzing the rainfall, the one-hour events were divided into twelve 5 min. increments and the 12-hour events into 1-hour increments. Rainfall for each event was expressed as a cumulative percentage of, total event rainfall for the twelve equal increments through the storm. All the events for a particular duration were analyzed and the cumulative rainfall distributions for different probability levels were computed. 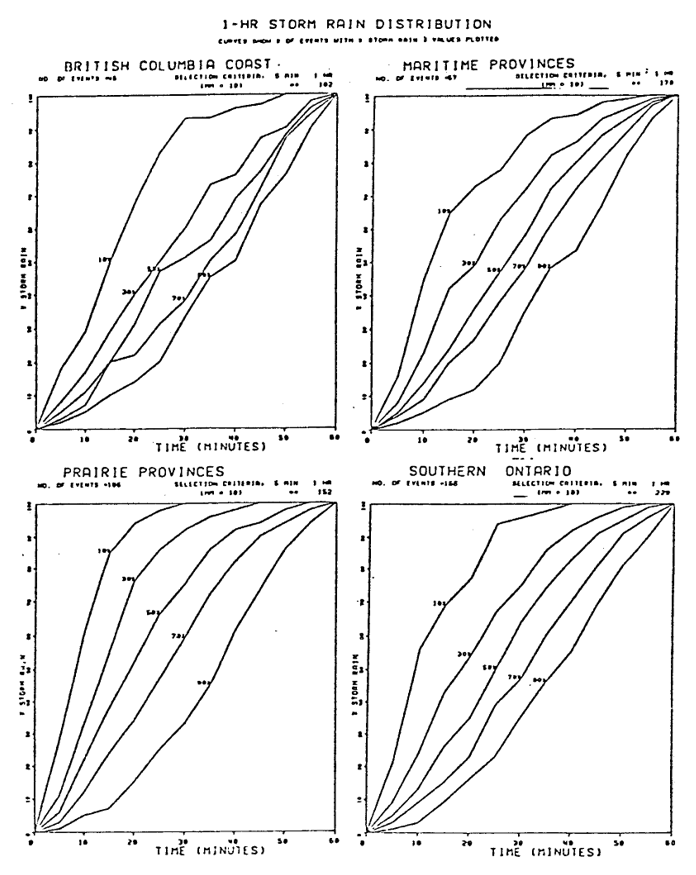