A temperature index method is employed to find the potential amount of snowmelt, MELTP (mm) during the time step, where MELTP is the liquid water depth created by ice crystal melt.

The melt factor KM varies by season and it’s described by:

= the maximum melt factor which usually occurs in June (mm/d-°C),

= the minimum melt factor which usually occurs in December (mm/d-°C),
Mon = the month plus the ratio of current day in the month,

= the month when the minimum melt factor occurs.

= 12, the variation is shown in the figure below. The snow melt temperature TBAS is also assumed to follow the similar variation. 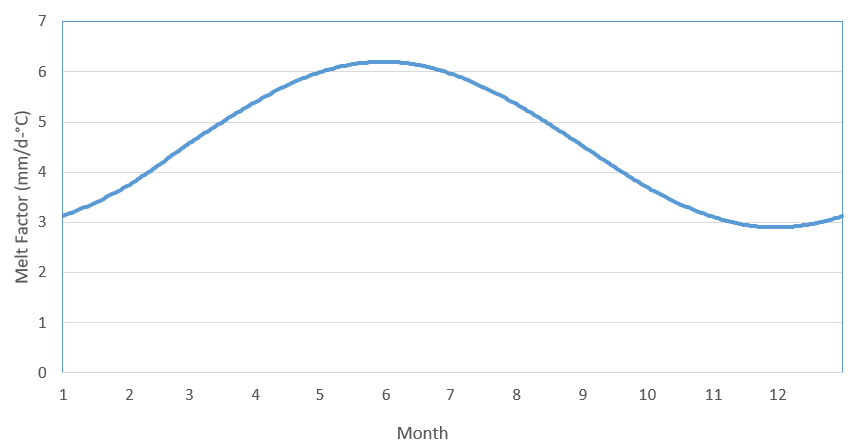 The actual melt, MELT is set equal to the lessor of either the SWC or MELTP values and added to the liquid water content as:

The solid water content if the pack is updated as:

and the new snow depth becomes: