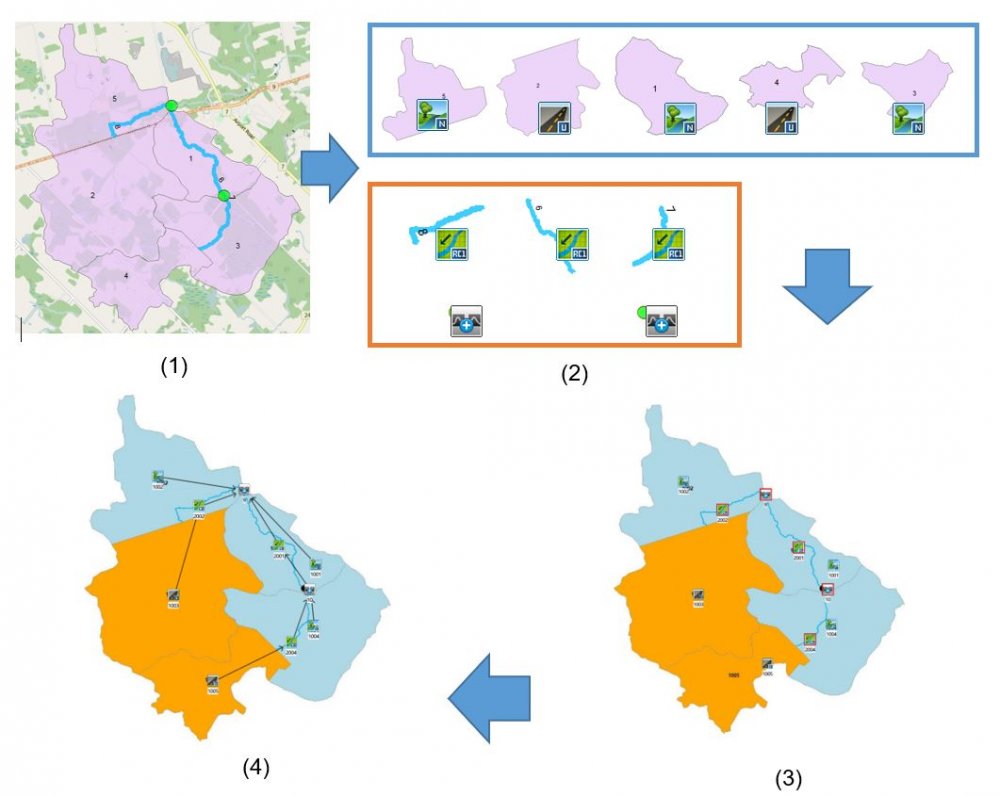 An example of the conceptual model is given in the figure above. The drainage system consists of five (5) catchments, three (3) channels and two (2) confluence points. The system can be broken down into five catchments, three channels and two confluence points where catchments transform the rainfall to flow, channels route flow, and confluence points merge flow. Each of the components is a hydrologic process and can be represented by a Hydrologic Object (the icon at the right bottom corner of each component). The drainage system can be simulated with these hydrologic objects in Visual OTTHYMO by creating the hydrologic objects first, and then linking them as a connected system.