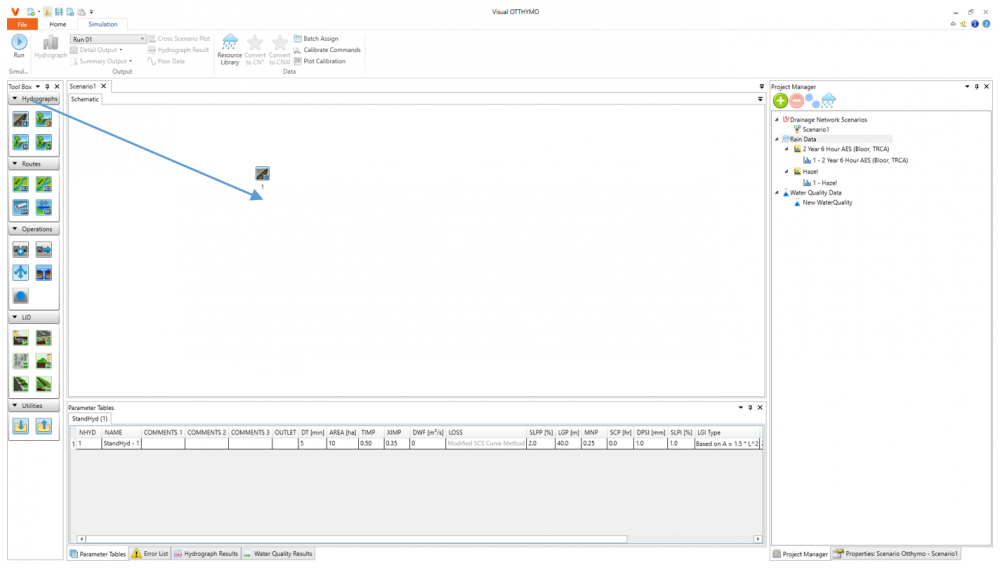 respectively. Drag and drop them from Tool Box to Canvas and move them to the proper locations based on the background. At this point, your canvas should look like the one shown below. Note that the ID of each command is labeled at the bottom and a few hydrologic object icons have red outlines indicating errors. 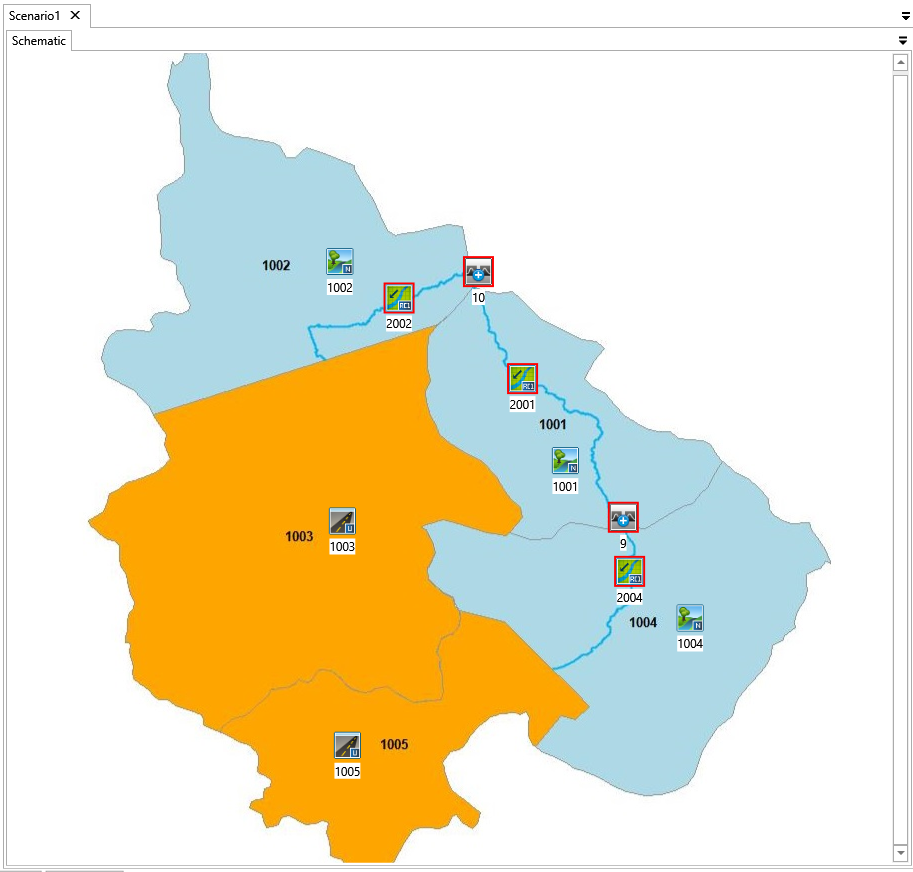 The connection between other hydrologic objects can also be created. At this point your canvas should look like that shown below. Note that the red outline disappears. 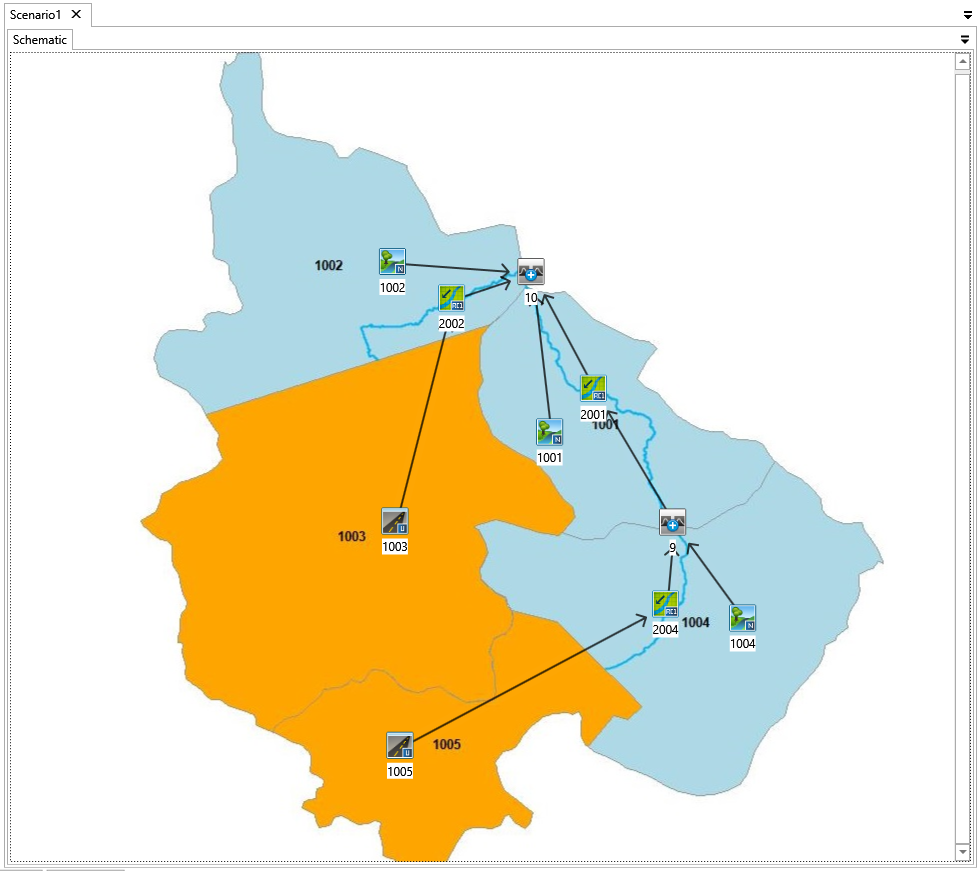