The modified SCS CN procedure was tested first on the Seymaz watershed in a joint study by the University of Ottawa and the Ecole Polytechnique Federale de Lausanne who had previously done extensive monitoring. This watershed is composed of 30.2

of rural areas and 8

of urban areas and is located in the suburbs of Geneva, Switzerland.

Using the SECSER program and the rainfall and runoff records, a runoff threshold curve can be plotted. From the curve, the initial abstraction Ia was found to be 1.5 mm. The figure below also shows a comparison between the simulations using both

= 0.2S. In the latter case, the first peak cannot be simulated accurately because of the large initial abstraction. 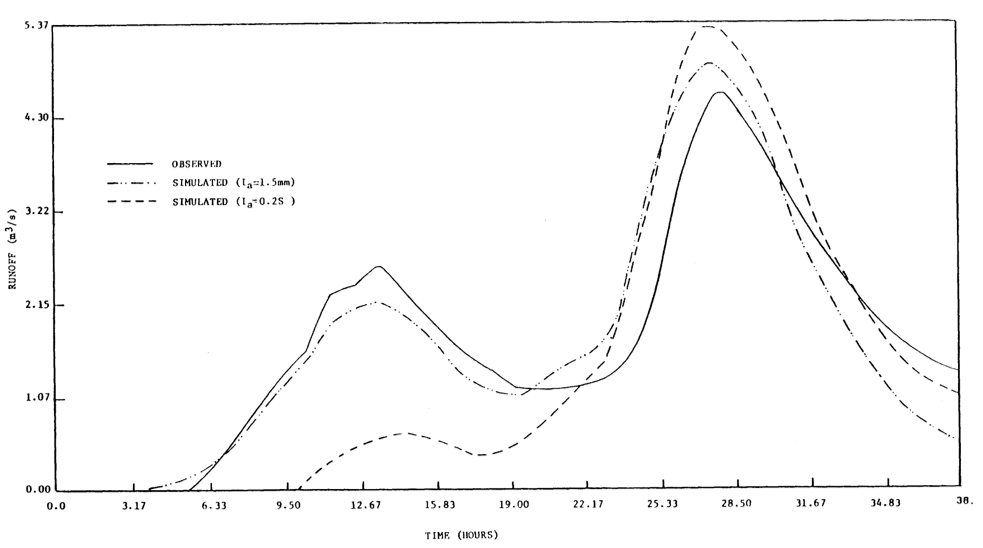 OBSERVED AND SIMULATED RESULTS FOR EVENT OF 77/10/24

The variation of CN* with API for some storms on the Seymaz watershed is shown in the figure below. 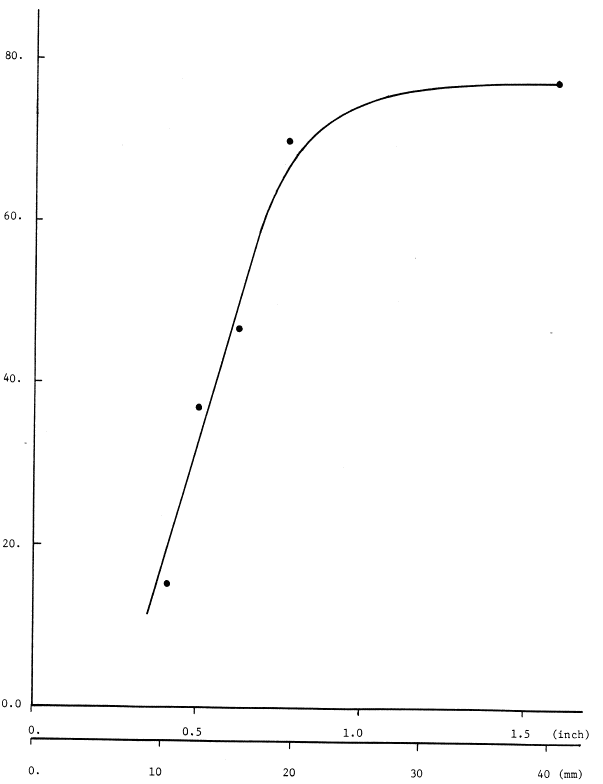 RELATION OF CN VERSUS API FOR SEYMAZ WATERSHED

CN* is the calibrated CN obtained by using

= 1.5 mm as obtained from the runoff threshold curve. (It was not possible to find a similar correlation of this type with

= 0.2S assumption, peak fitting for small rainfalls is possible if the CN values are increased, without consideration of antecedent conditions, to unrealistic values, e.g., CN = 90 or higher. Two of the simulated storms obtained with the new

are compared with the observed storms in the following two figures.The CN* values used in the simulations are determined from the curve as shown in the figure above, once the API for the storms are obtained. 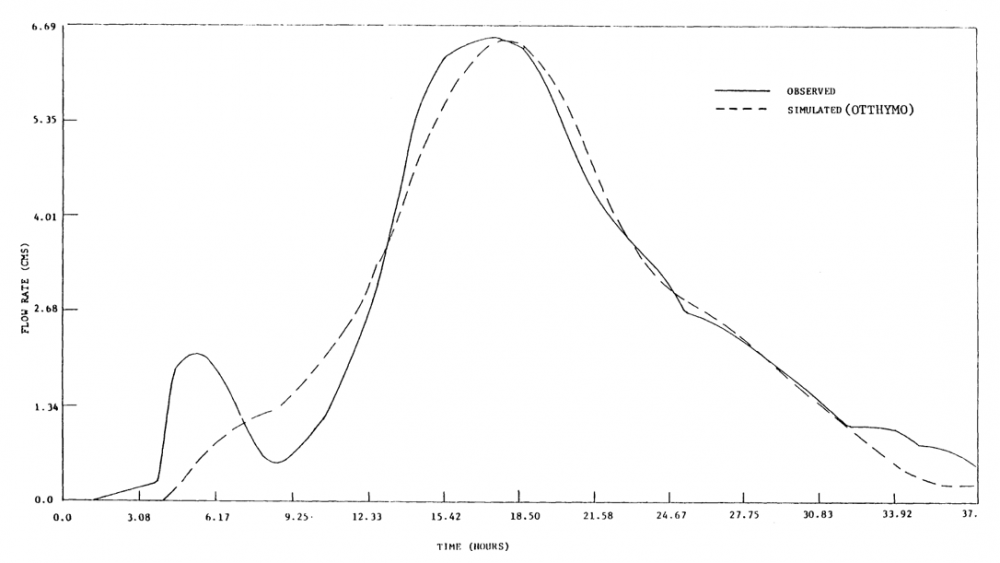 OBSERVED AND SIMULATED RESULTS FOR EVENT OF 78/08/07 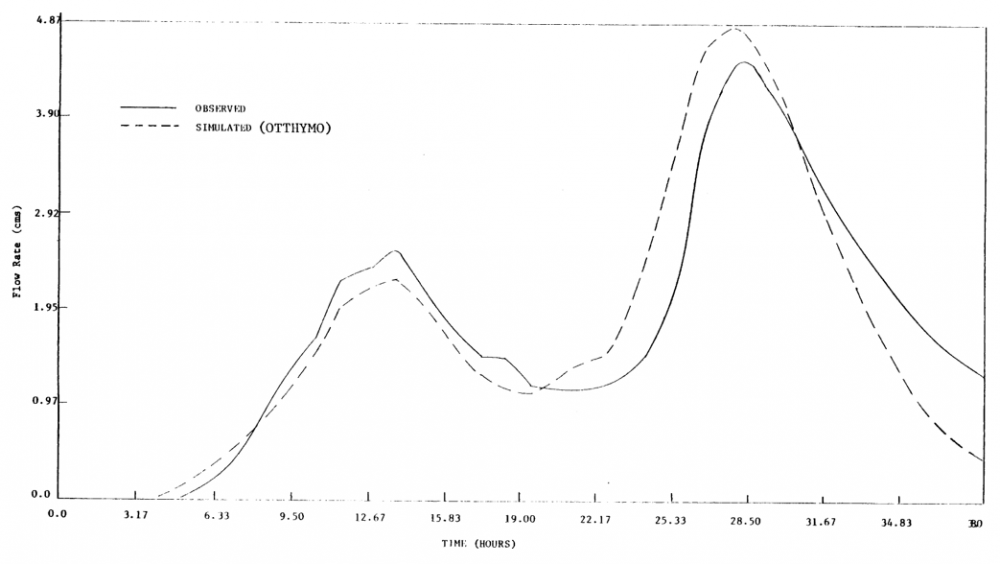 OBSERVED AND SIMULATED RESULTS FOR EVENT OF 77/10/24

A similar CN*-API relationship has been determined for the Etobicoke Creek watershed in Metro Toronto as shown in the figure below. 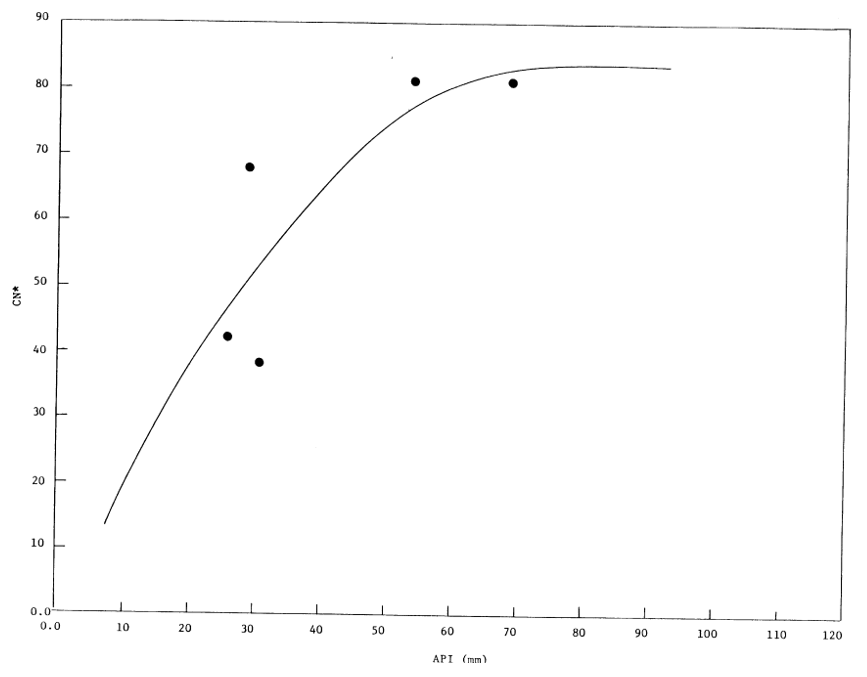 One of the typical comparisons between simulated and observed storms is shown in the figure below. 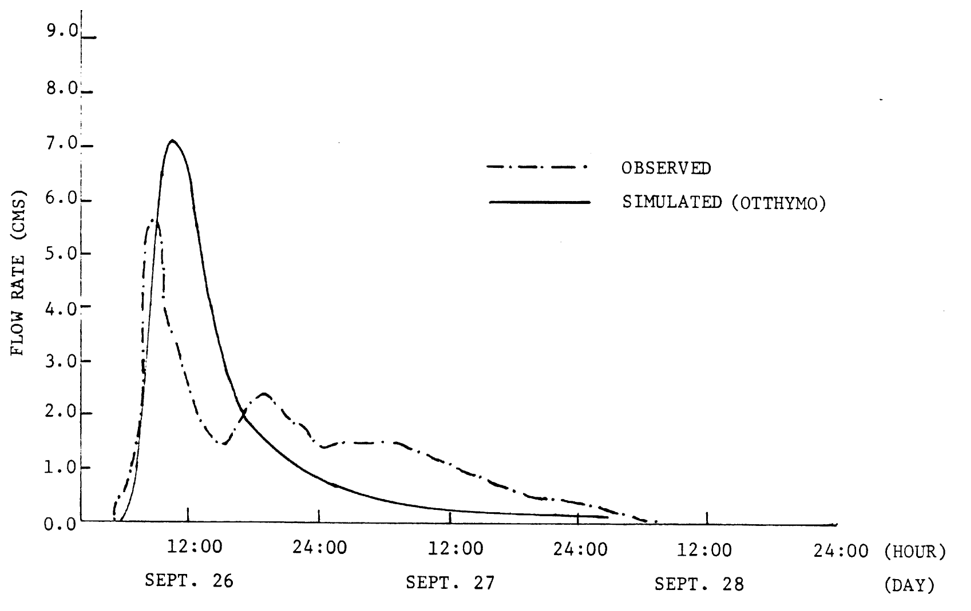 COMPARISON OF SIMULATED AND OBSERVED HYDROGRAPHS FOR ETOBICOKE CREEK WATERSHED