8.5.1 Derivation of the Chicago Design Storm

The Chicago design storm is developed from empirical IDF relationships. Keifer and Chu observed that if they had a continuous function representation of the instantaneous intensity and they integrated this function over a given duration, the rainfall volume occurring in that duration is obtained. The rainfall volume divided by the duration gives the average intensity. Therefore, multiplying the average intensity by the storm duration and differentiating with respect to the duration they obtained expressions for the instantaneous intensity:

The storm duration in terms of the time before the peak and the time after the peak is given by equations:

The storm hyetograph shape is given by:

A typical shape for the Chicago design storm hyetograph is shown in the figure below, where the intensity before the peak is given by

and the intensity after the peak is given by 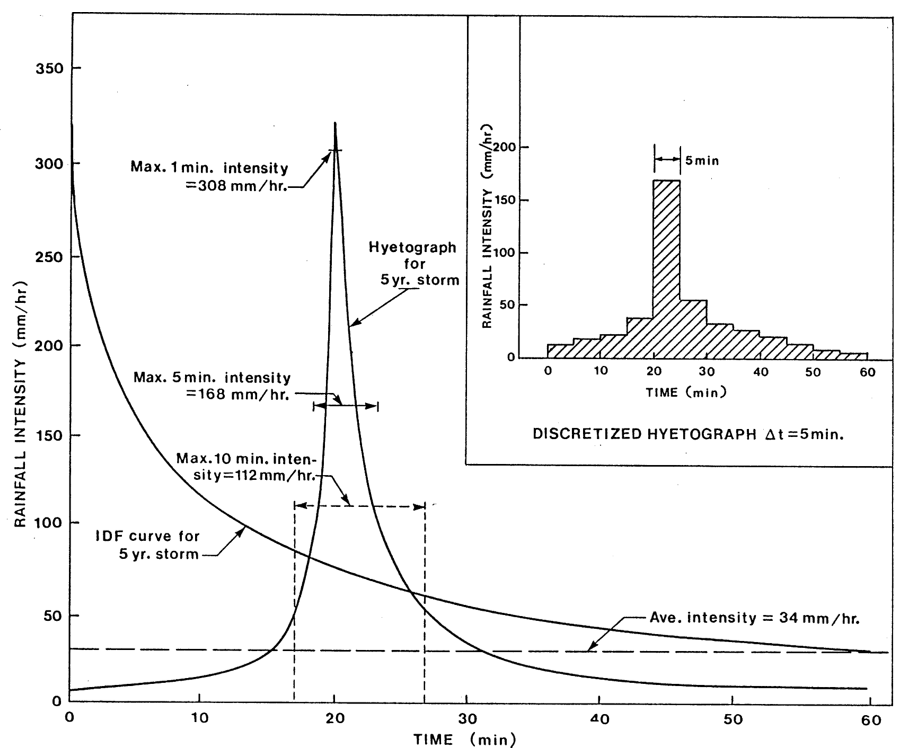