In VOSWMM, the overland flow is modelled by creating node and conduit on the ground. The hydraulics of those nodes and conduits are modelled by SWMM5 engine. In that way, the flow rate and depth can be obtained.

There are several rules recommended that users can follow when adding overland nodes and conduits.

*Please note that it is modeler’s responsibility to decide where and how to create overland system.

In this tutorial case, the overland flow path can be seen as three branches along with the minor system: the east branch, the south branch, and the north branch. 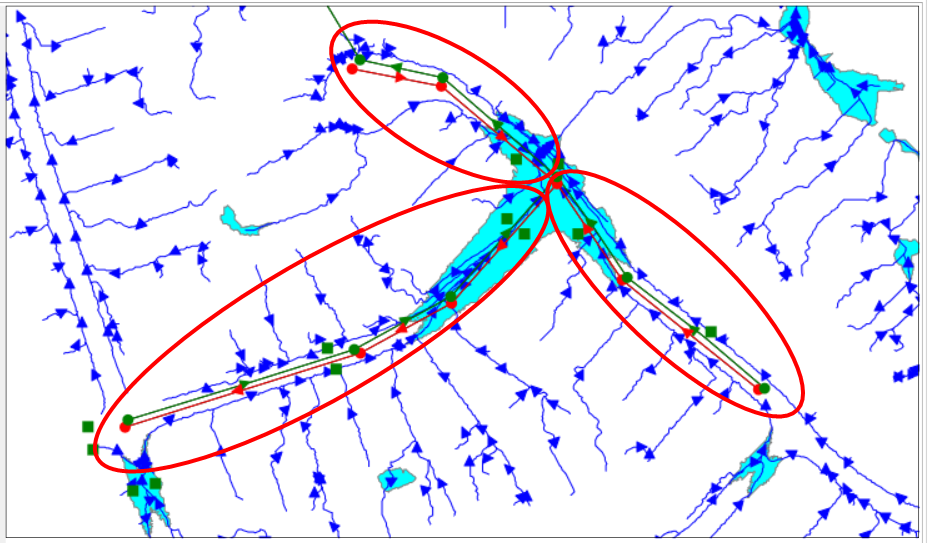 To add a major system, first change the default parameter of node and link. Click the Default Values button in the Simulation tab. In the pop-up window, navigate to the Nodes / Links tab and set the parameters as below. 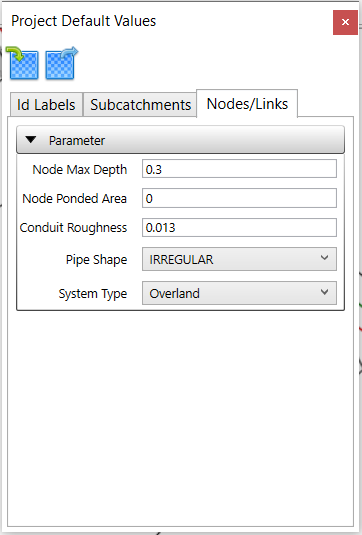 Zoom into the upstream location, which is on the right bottom of the map, of the south branch. Drag and drop the Junction icon from the Tool Box to the Map canvas. 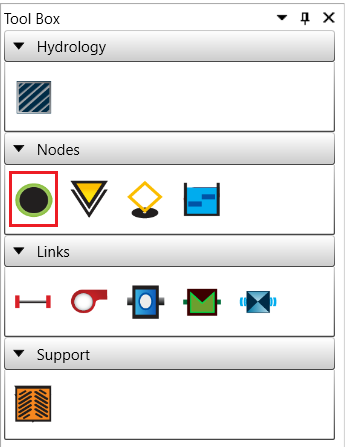 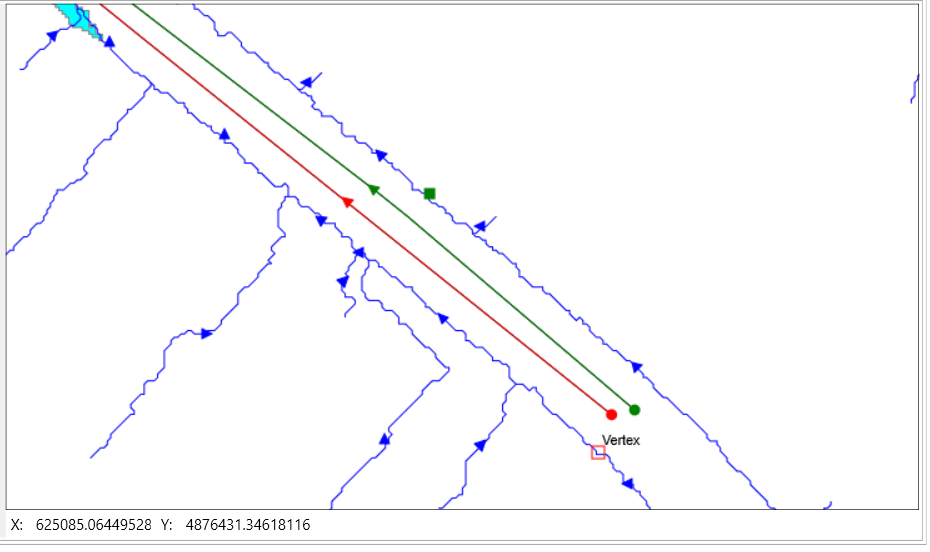 Left click the mouse to place the first node on the main stream of the flow path and close to the manhole. 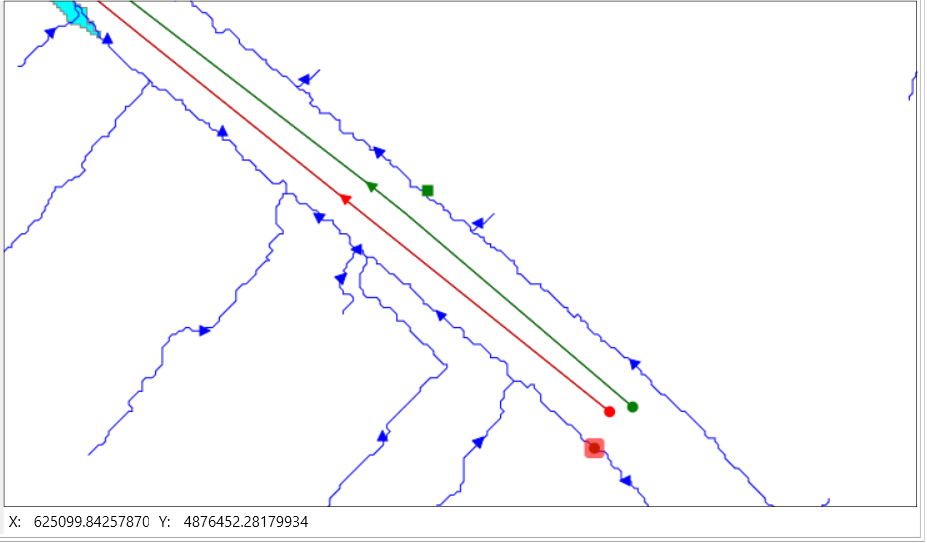 Move the map to down stream by holding and dragging the mouse middle wheel. Hold Ctrl key and place the second node on the main stream of the flow path and close to the catch basin. A conduit will be created automatically. 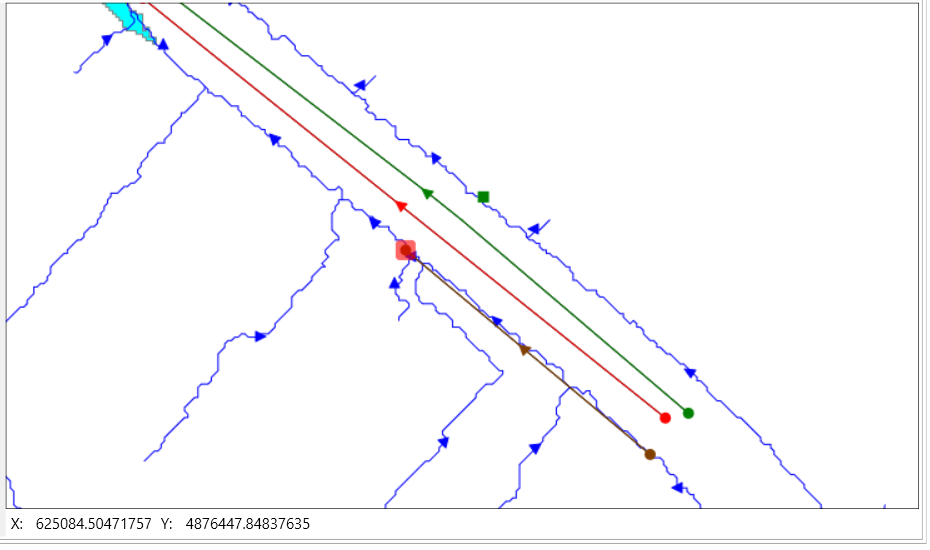 Following the same way to add the third major node on the sag area entrance, which also has two manholes nearby. A conduit will be created automatically by holding Ctrl key. 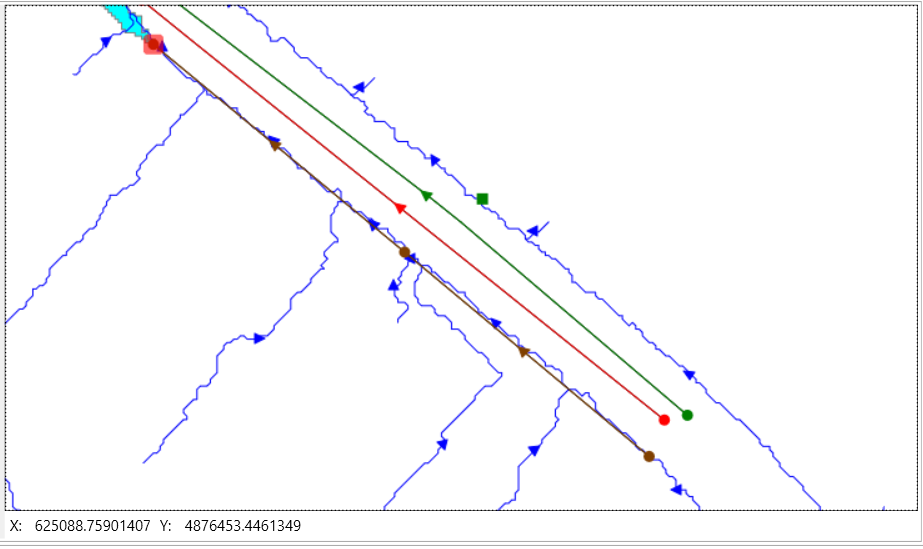 Following the same procedure to add nodes and links for the major system of the west and the north branches. The figure below highlights the major links in red. The major nodes are circled in black. For more details about the locations of the nodes and links, please refer to the solution model.

*Use your mouse wheel to zoom in/out and pan the map.