To import data from an exported database, click the Import button

in the Toolbar. Browse the right file in the Open window and click OK.

Importing merges the two databases together by only adding different items. Not all the data will be imported into the local library. If the same structure with the same name already exists in the same level, the existing item will be kept. For example, if a top group named Toronto exists in both local library and the imported database, no new group is created and the existing one will be used. These processes will be applied to all items in the imported library. 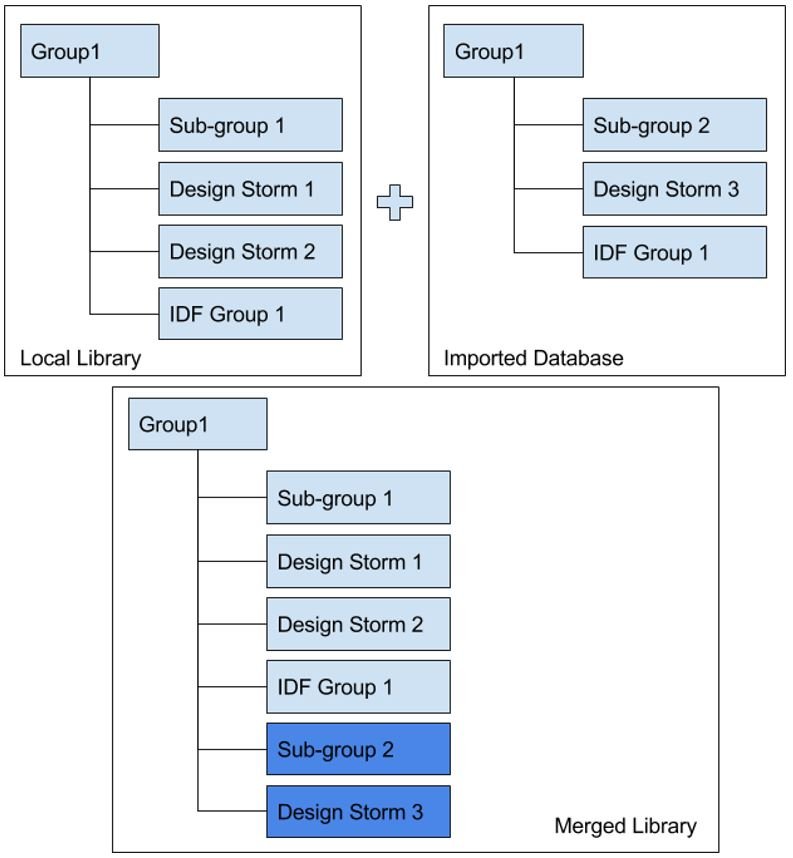