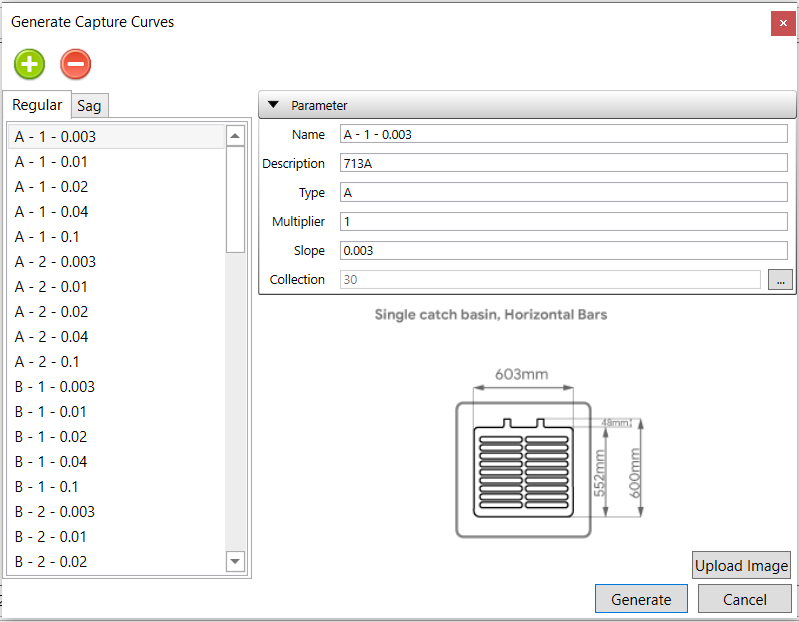 To add a user-defined catch basin, click the Add button

. Give the Type, Multiplier, Slope and Collection. The Name of the new catch basin should be defined as Type – Multiplier – Slope. Then click Save to save the changes. The new catch basin will be added to the data base and can be used for any model. 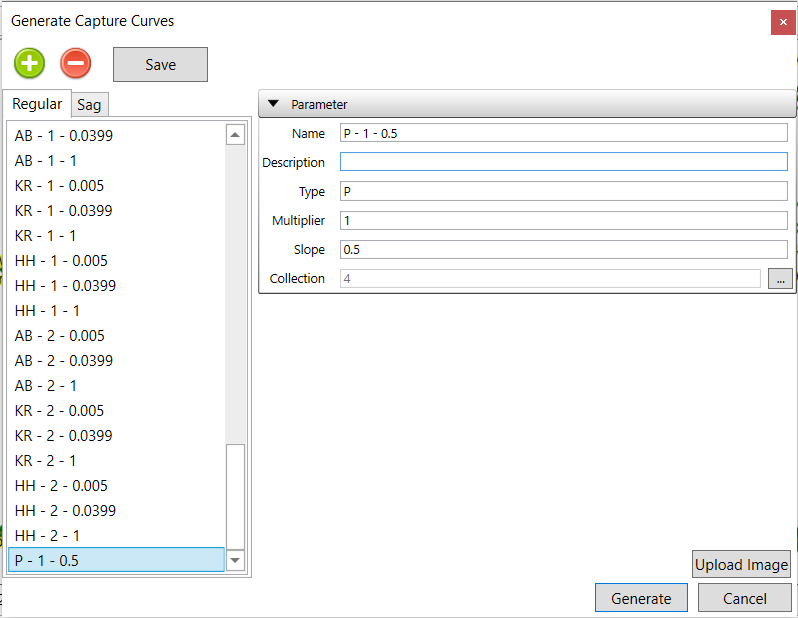 Each outlet link connecting major node with minor node will have its own Rating Curve, which models the flow rate which the flow will flow from the overland system into the minor system. The rating curve is created based on the type, multiplier, slope of channel, rating curve of each catch basin and the number of catch basins assigned to the major node. Click Generate button. In the pop-up message box, select which outlet links and rating curves to be updated. 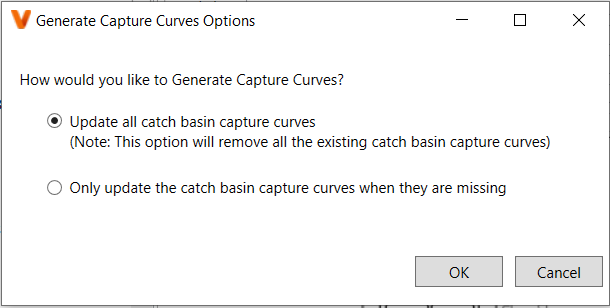 The capture curves will be generated as following rules:

b. Base on the slope of the major channel the major node lies on, get the appropriate curve list, if slope does not match, then use math interpolation to generate a matching curve list;

c. Sum up all the capture curves for each catch basin and assign it to the link.