As described in the Dual-Drainage Modeling Procedure, the inflow and infiltration entering the sewer via manhole can be modelled by outlet links’ rating curves.

button next to the Rating Curve Sources. This will open a window where users can define different sources of the manhole I&I. The manhole I&I sources can include: Manhole Lid Pickholes, Lid/Frame Gaps and the Other source. Later on, when running manhole I&I analysis, VO-SWMM will differentiate the inflow volume according to these user-defined sources. 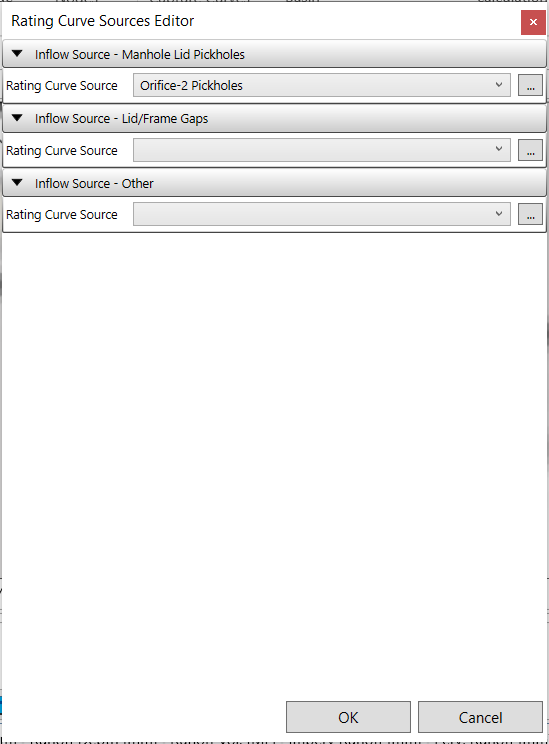 The meaning of Channel Depth before Inflow is explained above. There are two ways to define it: 1) using GIS; 2) importing CSV files:

Once the model is set up and run, users can use the Manhole Inflow Analysis tool to analyze the results.