Measurements taken and files produced with Flexijet and the FlexiCAD software are most commonly done using planes. A plane can be pictured as a virtual infinite surface upon which measurements are set. All measurements that are made with Flexijet are translated perpendicular to the current plane.
Working with planes has the following advantages:

In the Project Explorer, click to select the folder for which you want to define a plane. In the Measurement tab, in the group Planes, click on Horizontal Plane

In the command window, you will be prompted to measure a single point on the surface you wish to measure. In the case of measuring countertops, this would typically be on the top of the cabinets or the existing countertops. 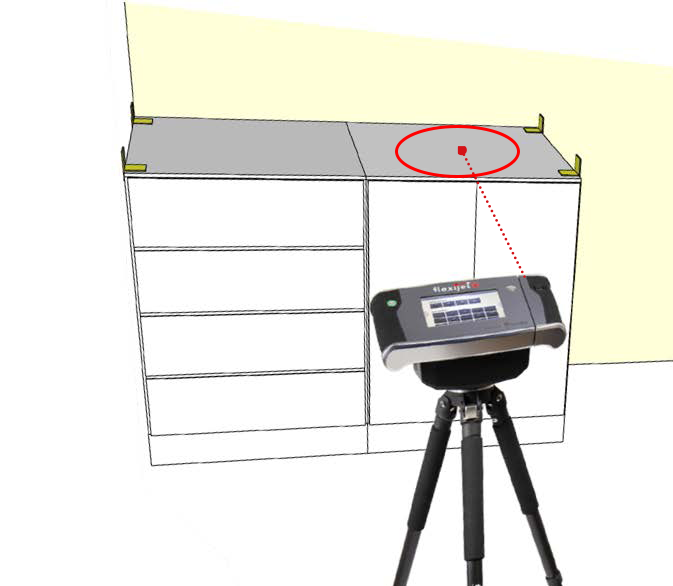 If measuring a floor, this plane would typically be set with a single point on the floor.

Note: Horizontal planes are always viewed from the top, or plan view! It’s a good practice to leave a note on a horizontal plane such as a shower ceiling to remember to mirror or flip this plane prior to fabricating!

A vertical plane defines a plane that is perpendicular to the horizon, such as a vertical wall. A vertical plane is basically a precisely aligned wall that stretches from ground straight to the sky.
A vertical plane is always defined with 2 points. The two points should be as far apart horizontally (from left to right) as possible, and cannot be measured above each other. Vertical planes are used for measuring doors or windows, for example. If you have set a vertical plane, you can then measure any points on the depth of the door frame and they will be translated, because all measured points are projected onto the previously defined vertical plane. 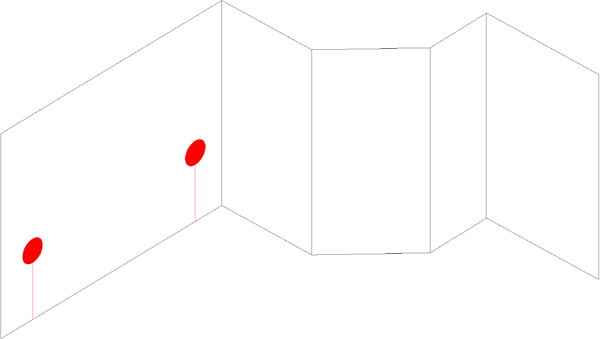 In the Project Explorer, click to select the folder for which you want to define a plane. In the Measurement tab, in the group Planes, click on Vetical Plane.

In the command window, you will be prompted to measure the first point on the left, then the second point on the right. 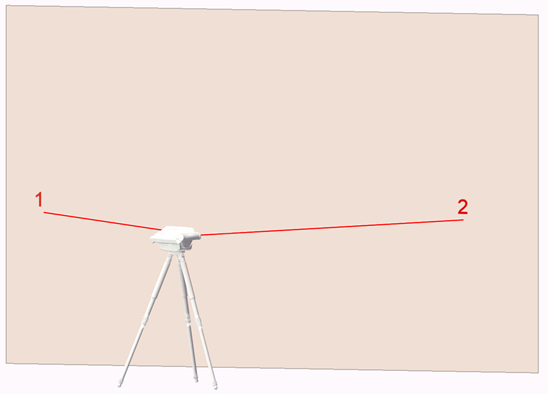 A free plane is a plane that can be oriented in any direction. A free plane can be a roof slope, for example, which you can picture as an infinite flat surface with the pitch of the roof.
A free plane is set with 3 points, which span a preferably large triangle. 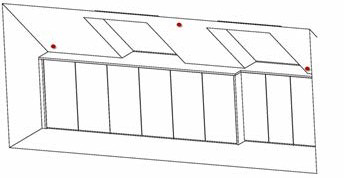 In the Project Explorer, click to select the folder for which you want to define a plane. In the Measurement tab, in the group Planes, click on Free
Plane.

*NOTE: Point 1 (left on the plane) and point 2 (right on the plane) should be as far apart as possible. Point 3 must be measured on the top center. The points 1, 2, 3, that are to be measured, should span a preferably large triangle. 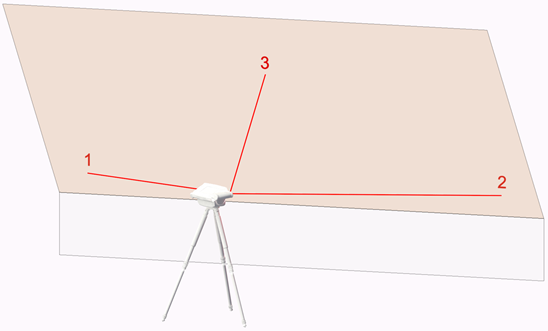 The ‘Set New Plane’ function will redefine the plane of a folder. Note that this will not chance the position of elements in a folder!
This function can be used to reverse the view of a vertical folder, for example.

Flattening all elements on a plane.

In FlexiCAD 3.1 and later, the function ’2D-projection will flatten all elements in the current folder to the current plane. This is useful if elements were traced from another folder in 3D-snap mode, instead of 2D-snap mode.

NOTE: performing this command will lose all 3D data in this folder! If you wish to maintain the original position of elements in this folder, consider duplicating this folder and contents by right-clicking and selecting ‘Duplicate Folder’ before using 2D-projection!

The ? (Help) Ribbon
Showing a plane