Your PC/Tablet connects directly to the Flexijet via a direct Wifi/WLAM connection between the computer and Flexijet. No Internet access is needed to measure with Flexijet. 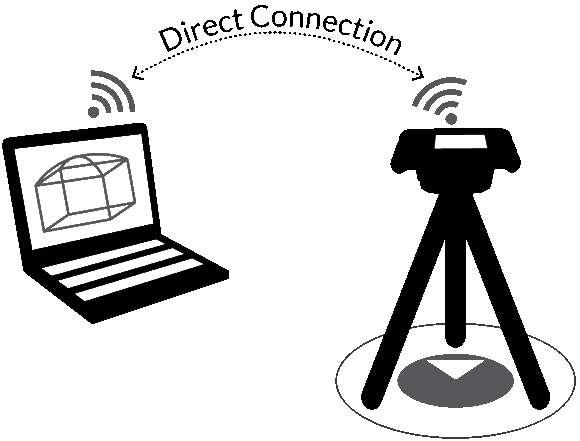 Your Flexijet 3D program and FlexiCAD/Flexijet Stone are now connected and ready to use.

*NOTE: most computers/tablets can connect to 1 wifi network at a time. For remote support and training, you may want to connect to 2 wifi networks at once, so that you may have internet access while also remaining connected to Flexijet. Your Flexijet comes with a spare USB wifi adapter to allow this, but this is NOT required for measuring. For assistance with connecting to multiple WIFI networks at once, call Flexijet support at 1-844-MY-FLEXI (1-844-693-5394) Ext 2.

*The order of powering on Computer and Flexijet does not matter for the connection. What matters is Green Screen before opening Flexijet Stone/FlexiCAD.

The shock sensor
Measuring a Countertop