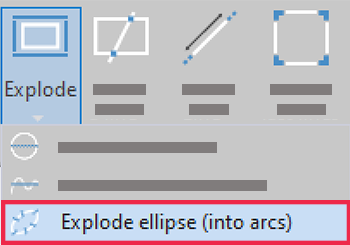 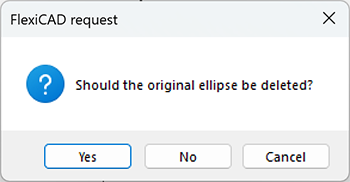 Alternatively, you can explode an ellipse to arcs by right-clicking on an ellipse and selecting ‘Explode’. 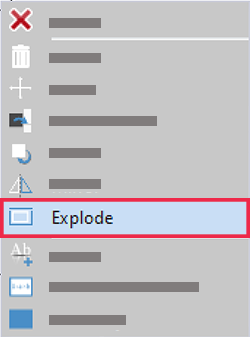 In this case, the original ellipse is always deleted, and only the resulting polyline of arcs remains.

To explode the resulting polyline of arcs to arcs, simply use the regular ‘Explode’ command on the polyline.

Explode polyline to arcs
Break at a line