Custom Leagues allow the League Director to award points based on performance each game day. Total points accumulated are then used to rank players on the ladder. 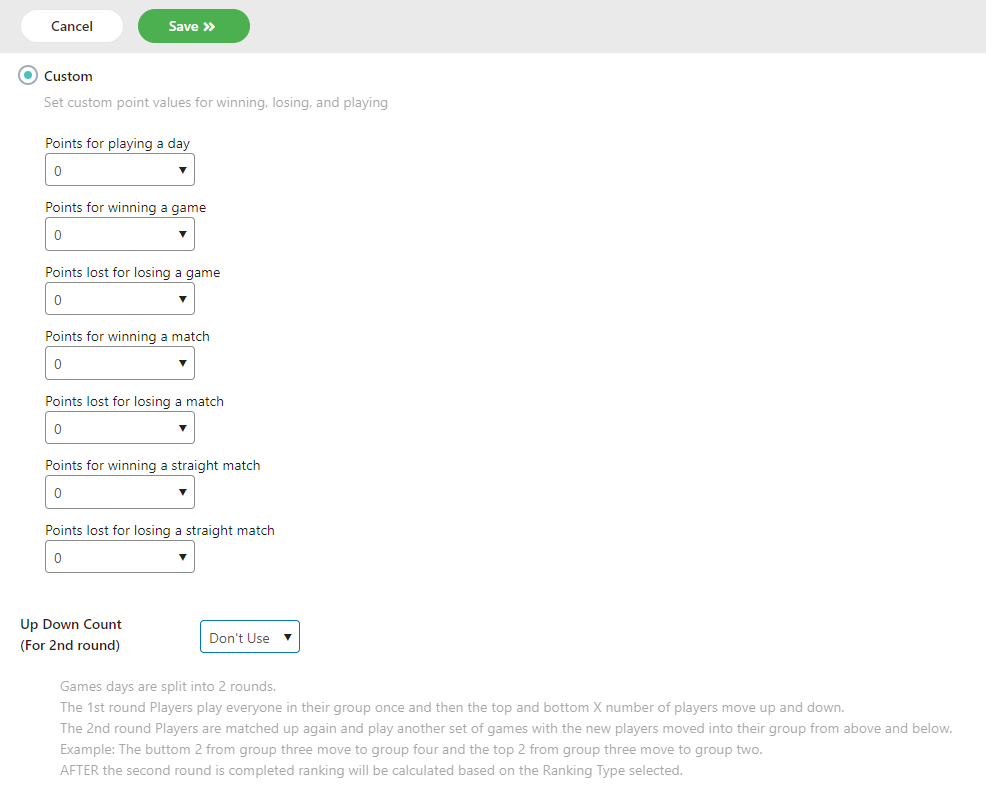 The League Director can specify points for the following factors:

The system totals the points and players are ranked from highest points to lowest points.
If there is a tie after calculations, then the higher ranked player the previous week takes precedence.

*When moving players up or down for the next week, players who were absent may be bumped down a group.

If there are two rounds of play, the first round can be treated as an Up Down round where the League Director specifies the number of players in each group to move up or down. Points are awarded for the second round.

The League Director may also choose to add extra difficulty points based on the rank of the player group. 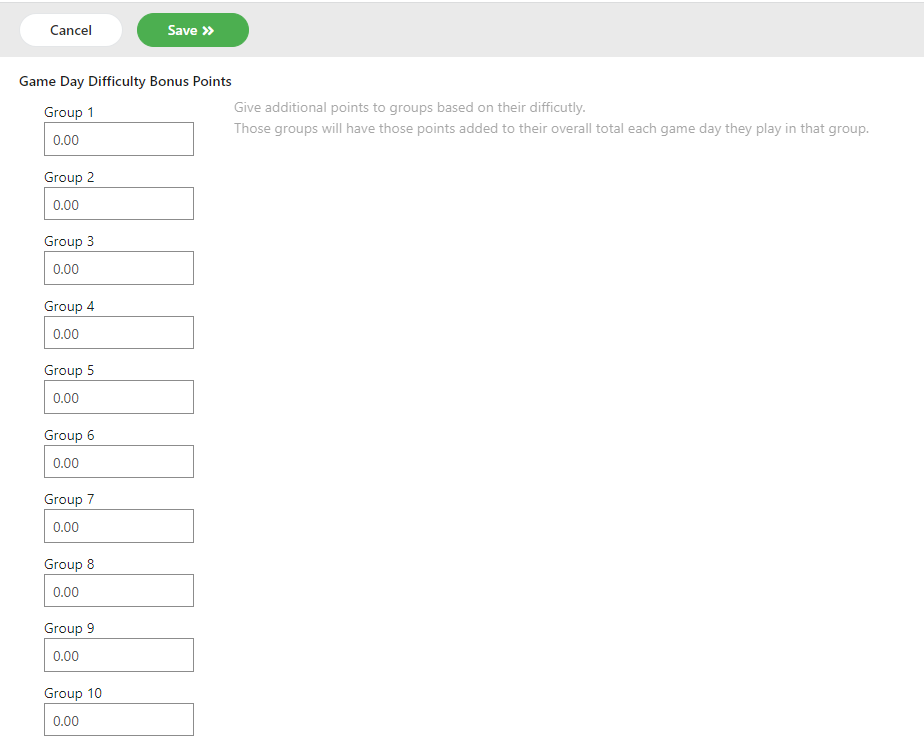 Up Down
Two Round Custom League