With a particular wheel selected in the upper left-hand Wheel Load area, gobos or colours can be dragged directly from the gobo library on to the various wheel positions. The Wheel Load list in the lower left-hand area will be updated accordingly.

If the gobo has a size specified, this will only work if the gobo size matches the gobo size in the wheel as defined in the Moving Light Assistant fixture profile. 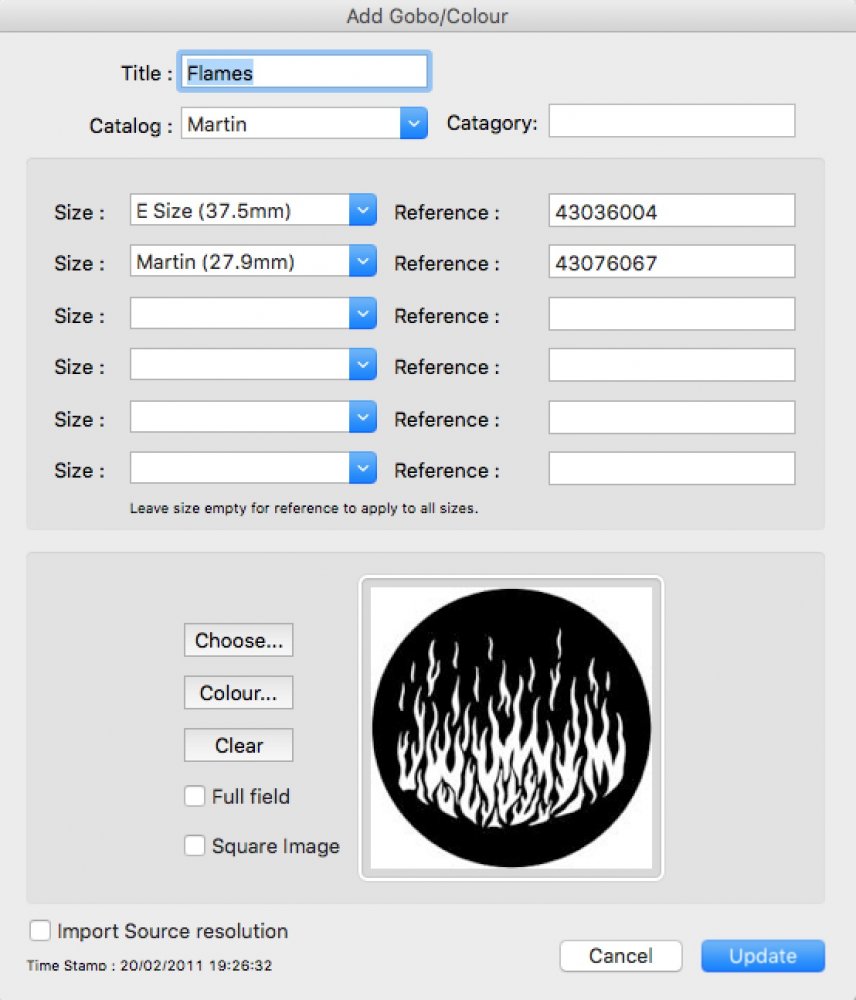 It is not, however, possible to add a Martin 43035016 ‘Soft Breakup’ gobo to the wheel as this gobo is only defined as E size in the gobo library, the wrong size for this wheel.

If a gobo has no defined sizes within the gobo library, it may be dragged in to any size gobo position. As you drag a gobo from the gobo library over the wheel image, a red circle will appear on a wheel position where you can drop it. It is never possible to drag a gobo or colour in to a wheel position defined as ‘open’ for that fixture within the Moving Light Assistant fixture profile.

It is possible to edit a gobo or colour position by typing the reference number and/or the catalogue name directly in to the wheel list. It is a good idea to enter the ‘Catalogue’ first, then when you type in a ‘Number’ or ‘Title’ and press the Enter key, it should look up the gobo and find the corresponding ‘Number’_ or ‘Title’. If no match exists in the gobo library, then it will not complete the corresponding ‘Number’ or ‘Name’ (and the wheel image will show a empty position on the wheel).
Individual gobos or colours can be removed from the wheel by deleting the reference number and pressing the Enter key.
Gobos can be moved from position to position within the wheel by dragging the position number in the Pos column in the wheel list.