You will need to import the Cue List exported from the console or offline software. It will be a file per Cue List, usually named ‘L0.txt’, where the ‘0’ is the Cue List number.

This is because the Whole Hog 2 allows identical channel numbers for different fixture types. Moving Light Assistant must have a unique channel number for every fixture, and so it is necessary to map the imported channels and fixture types to unique Moving Light Assistant ‘user’ numbers. Normally you would assign the same ‘user’ numbers as those that are assigned in the Whole Hog 2 patch. 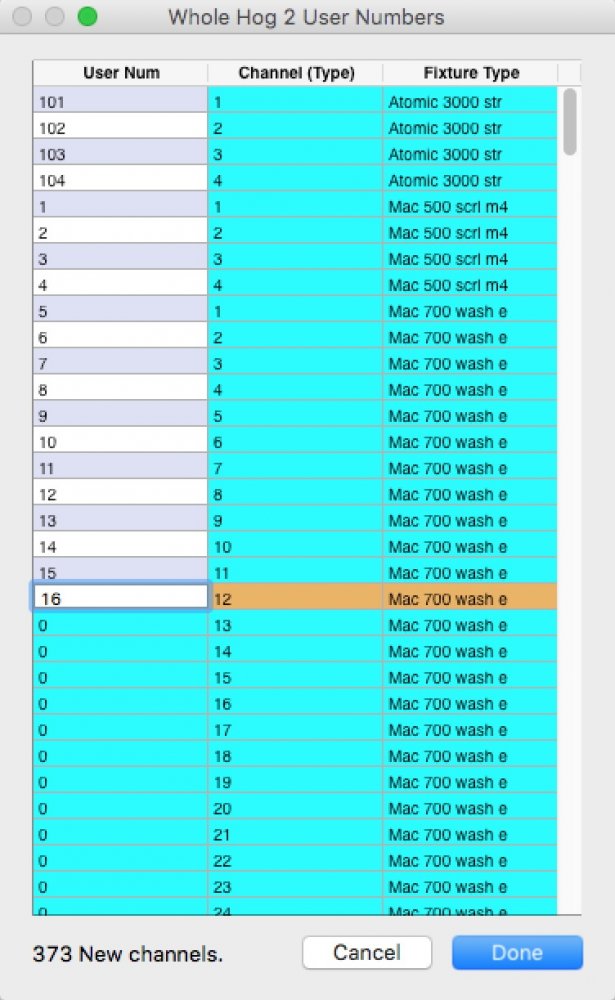 Once the import is complete, an ‘Import Log’ dialog will open showing what was imported.