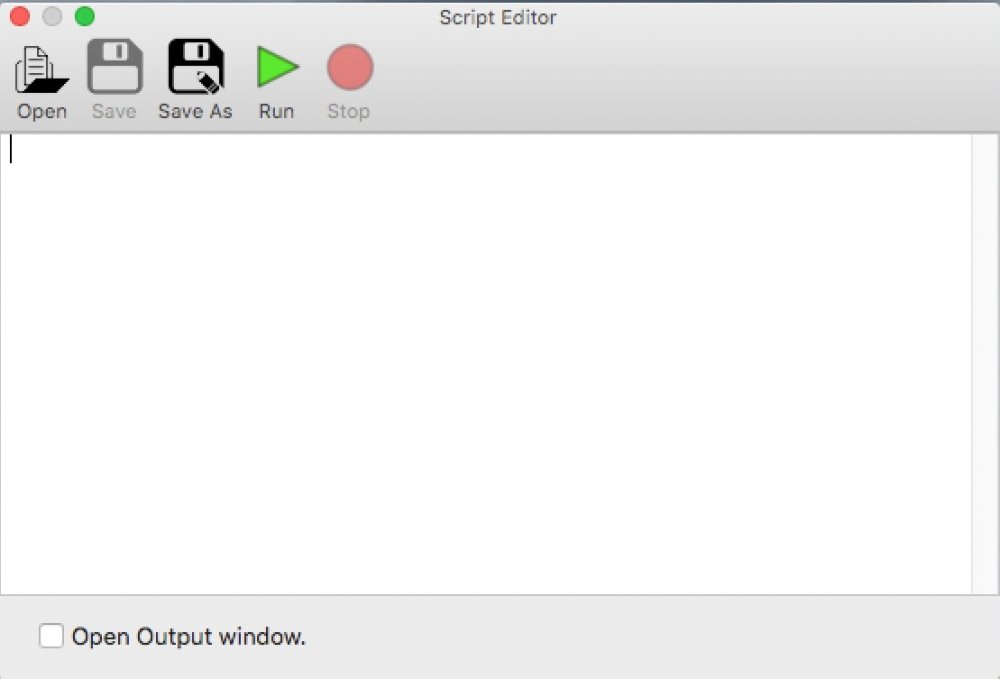 You can open an existing script of text file with this toolbar button. A standard file open dialog will be presented to allow you to select the file to open.

Will save the document if previously saved.

Will save the document. A standard file save dialog will open allowing you to name and choose the save location for the file.

Will run the current script in the ‘Script Editor window’. If any errors occur, you will be presented with a dialog informing you of the error.

Will stop the running script in the ‘Script Editor’. It is also possible to stop a running script by clicking on the script icon in the status bar at the bottom right on the document window and selecting the script from the pop-up list.

When this checkbox is checked, a window will open when the script is run to show any output from io.write lines in the script.

A script in the ‘Script Editor’ will not take notice of any comment option in the script when run, i.e. -- TriggerType=Menu or -- DisplayOutputWindow=True.

Manage Scripts
Reload Scripts
Thanks for your feedback.