The fixture patch and/or dimmer patch can be sent to the console. Fixtures with multiple DMX addresses will be patched correctly. This only works in Vx76 software v3.6 beta versions and v4.0. 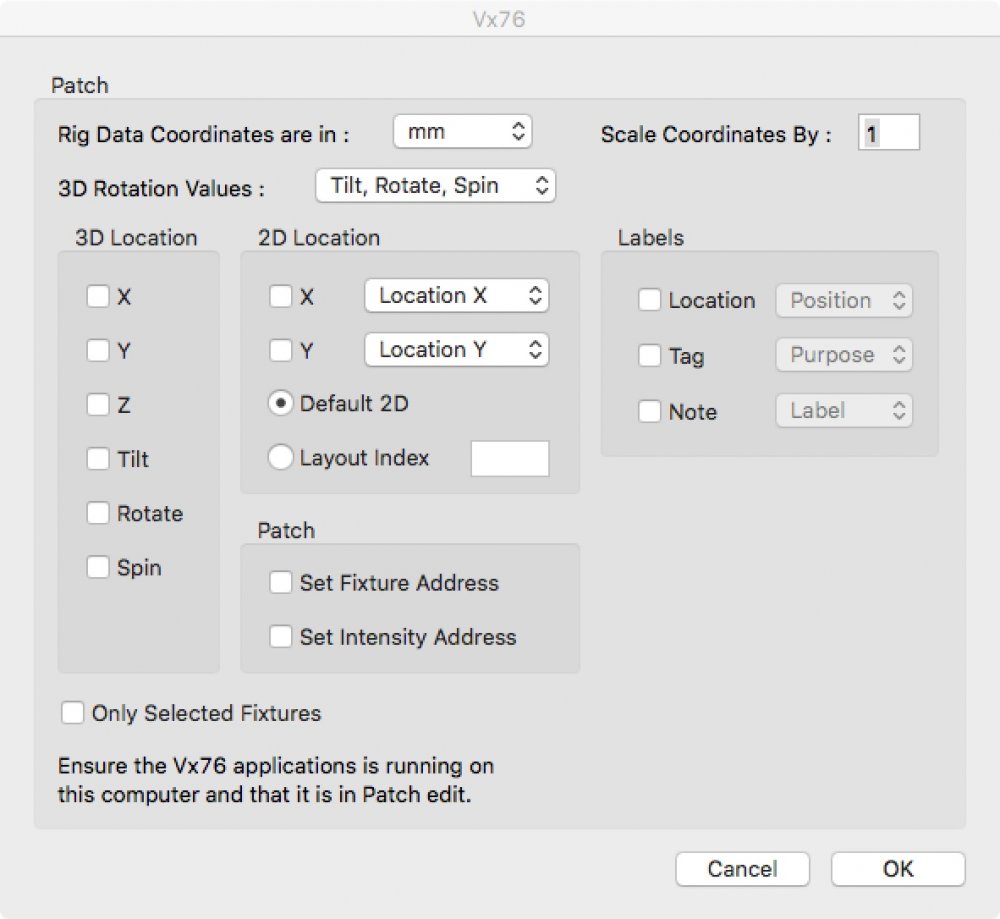 This pop-up menu is used to tell Moving Light Assistant what the values in the Rotation X, Y and Z columns are.
They can be:

This is the same as how the console shows the rotation of the fixture.

This is the rotation value around each axis.

This is the vector describing the direction the fixture is pointing.

This is the vector that describes the direction of the cable on the fixture.

It is possible to send the 2D coordinates to either the ‘Default 2D’ layout, or to an already defined layout. You specify the layout by number. The first user defined layout will be 3. The initial name of a layout when defined in the console will include the layout number.

Console Menu
grandMA2
Thanks for your feedback.