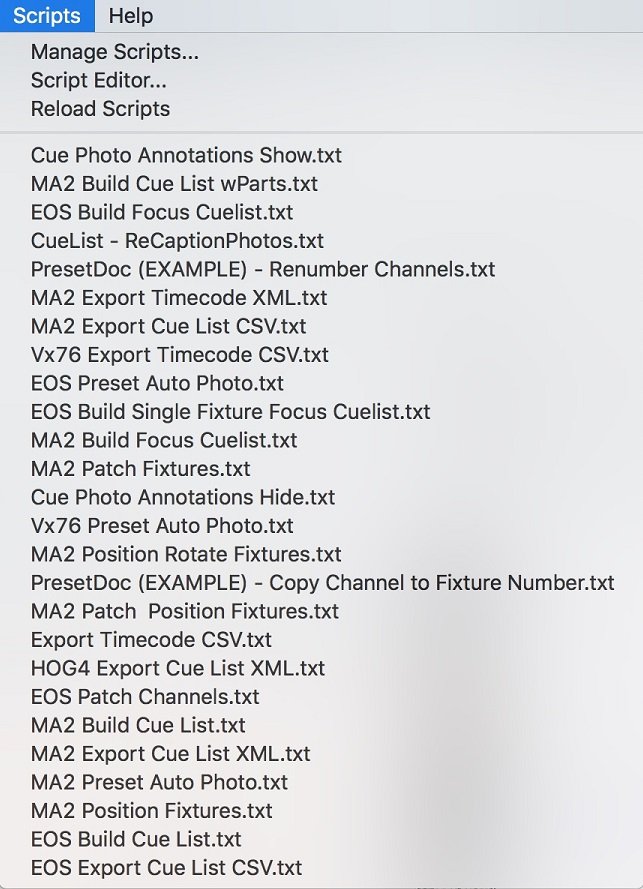 Scripting allows the automation of the application’s user interface, communication to consoles (EOS and grandMA2) and also access to the data in the show document.

Details about the language and functions can be found at: www.wiki.movinglightassistant.com/wiki and in the later chapters Scripting Tutorial and An Example Script.

DIP Switch Calculator
Manage Scripts
Thanks for your feedback.