The ‘Effect Data view’ has been added to the Console Data tab which allows you to view effect data for EOS and grandMA2. 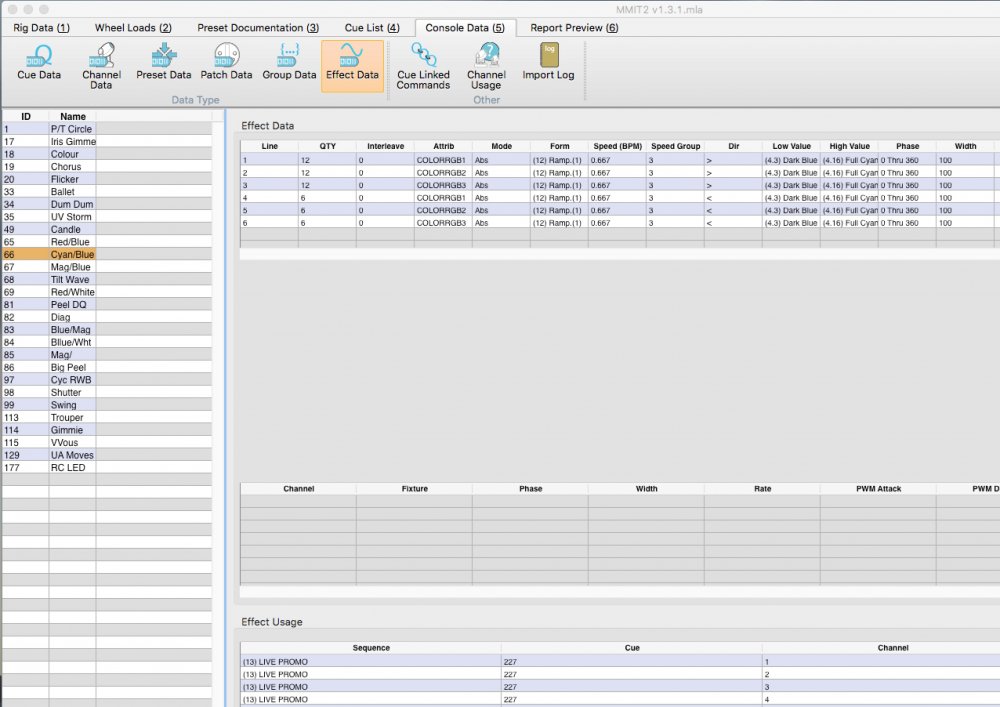 This view enables you to see the stored effects (effect pool on grandMA2), where it used in the show and for grandMA2, the effect settings and channels if they are stored in the effect directly.

Initially when the view is opened, the ‘Show Effect Usage in Cue Column’ checkbox will be off (and may be disabled while tracked cue data is loading). Check this checkbox to see if the effect is used in cues.

Selecting an effect will display which cues use the effect in the ‘Effect Usage’ section of the view. For the grandMA2, when an effect is selected, the ‘Effect Data’ section will be populated. Clicking on an effect line, will show any channels and their settings if channels are stored directly in an effect pool effect. 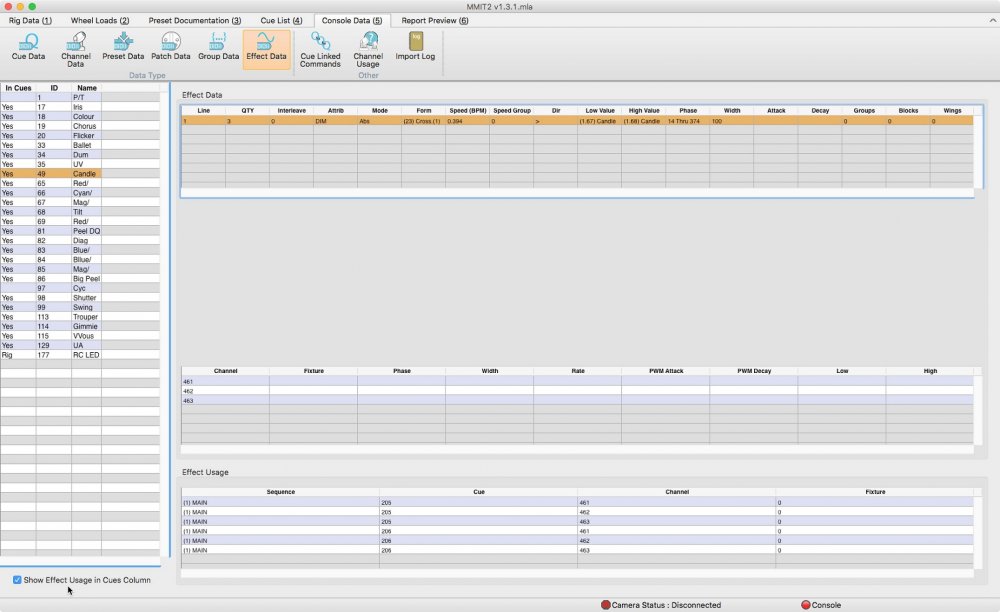