WOL or Wake on Lan is supported by some devices as a method to Power on the unit via the lan connection to the unit. Devices such as Kramer VIA, Sony Blu-ray and Sony TV’s require WOL as the only way to Power the unit on while controlling the equipment thru the Network (not using IR or RS232). WOL uses the MAC address of the hardware being controlled in a hexadecimal string that is sent via UDP broadcast. The process below will explain how to setup Kramer control to use WOL for those pieces of hardware.

You will need to identify the MAC address of the hardware being controlled. Use a network scanner such as Fing on handheld devices or Lanscan if using a MAC laptop. The image below is a screengrab of Lanscan. 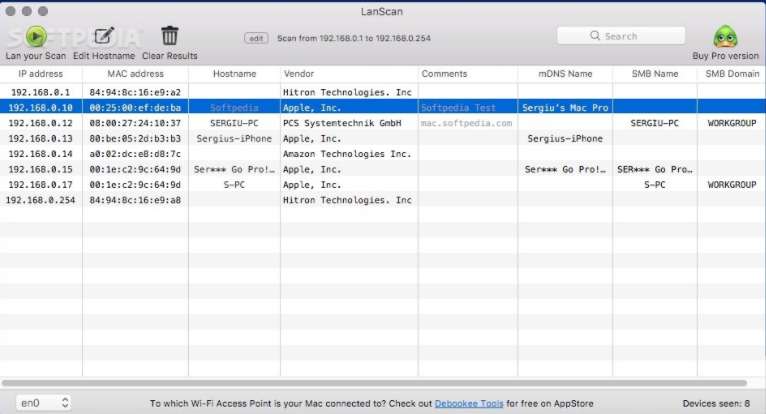 After identifying the MAC address of your equipment: Since the gateway setup is the same for each WOL controlled device, you can have multiple aliases for each piece of equipment. Add a new network gateway with an IP address of 255.255.255.255. NOTE Make sure that UDP broadcast is enabled within your network. 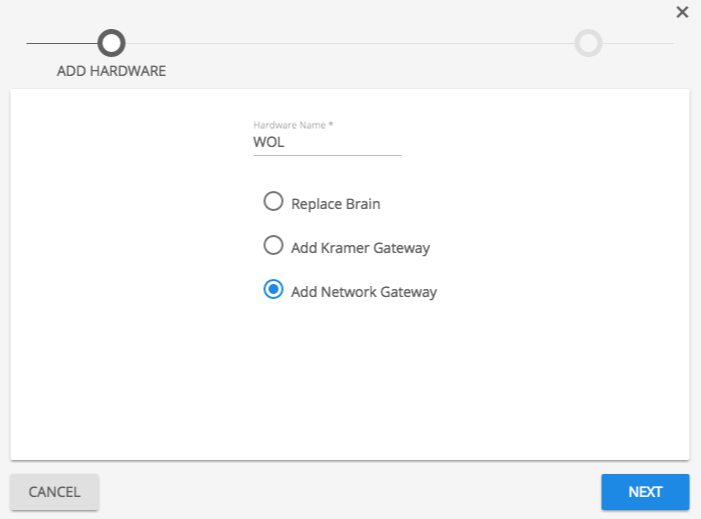 Add the Wake On Lan device to the newly created gateway Publish changes and test your buttons, macros and events that reference the WOL command. This command will only power some devices on, they will not act as a toggle. Make sure the equipment being tested is powered off and then test your command.