Attributes are defined per device. We have two options within the Device Driver editor; Allowing combined commands and enabling virtual states. Explanations for both can be found below. 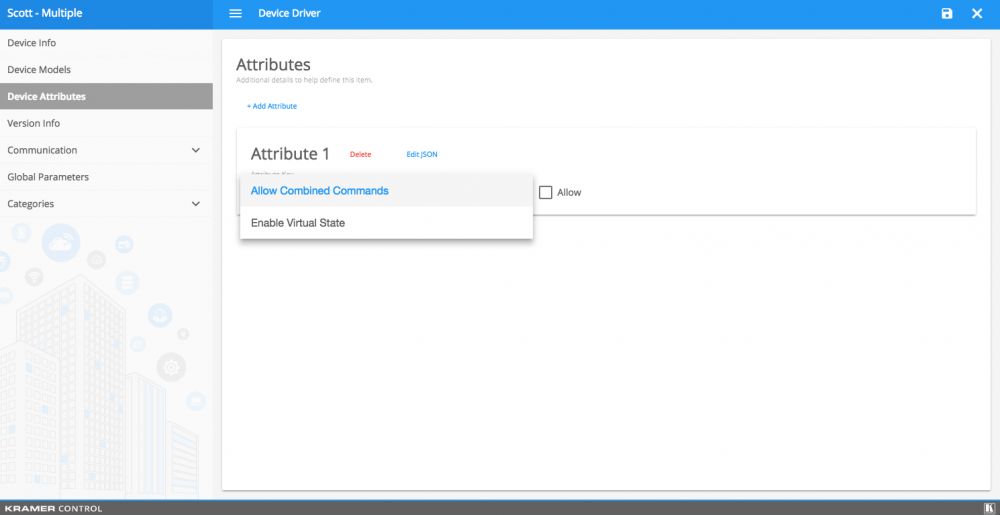 Some devices will support the ability to group multiple commands within a single executable string. If your device supports this feature, you will need to enable this attribute.

Note Virtual States are not exact and outside manipulation of the equipment will affect the Kramer Control system. Using the Power Toggle example, if someone were to manually change the equipment, the state within the brain will not change.

Note If you are using a Virtual State for a device that is slow to update feedback, the Virtual State will update immediately and then be replaced with the actual state of the device. Use this feature with caution as you may get inconsistent results with the feedback of your device.