Some devices require a multiple command sequence in order to execute a single action. In a scenario such as this you would create a System Macro by following the steps below.

There are three types of System Macros that can be created within this section of the Device Driver. Each of the Macro Types are explained below

These Macros are executed at the Polling Frequency defined within the device, but only when an Interface contains an event watching a state in this category

These Macros are executed at the Polling frequency defined within the device regardless of an Interface including a watched event.

A Custom Macro is a list of Actions that are sent one after another. This list is built by Adding Actions found within the Device Driver

There are three types of Actions that can be selected within the dropdown list. Each option is explained below 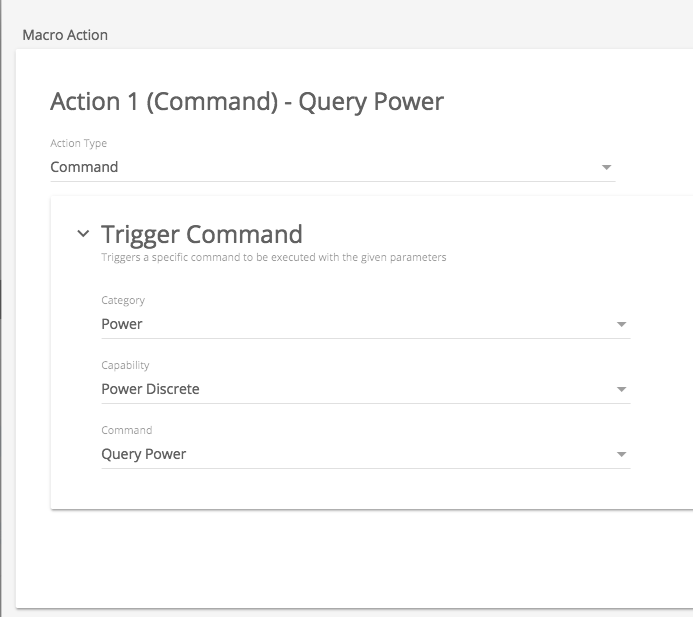 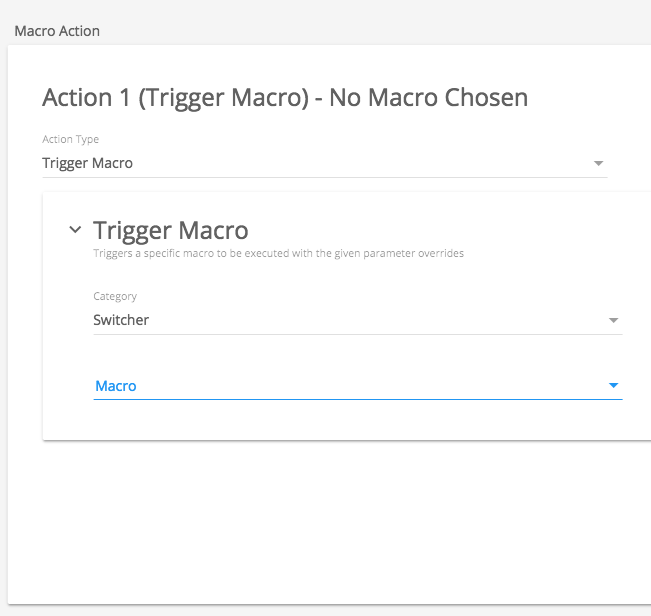