Regardless of the specific ConveyLinx Module, each is equipped with the ability to separate the MDR Power from the Logic Power.

!Please note that in all power connection situations it is recommended to tie all DC common terminals together and a single connection to earth ground.

*Connecting only to MDR Power will provide power to both the motor circuits and the logic circuits.

This diagram depicts the same example shown above with the exception of the power supplies being included in an externally controlled switching circuit such as would be used for an E-Stop.

The diagram shows the connection for when Logic Power is coming from a separate power supply than the MDR Power. Please note that the Logic Power supply is connected to the Logic terminals for all 8 modules.

*Providing a separate power connection to the Logic Power, you can keep the logic and communications powered and active and disconnect the MDR Power to assure all motors are disconnected such as in an E-Stop situation 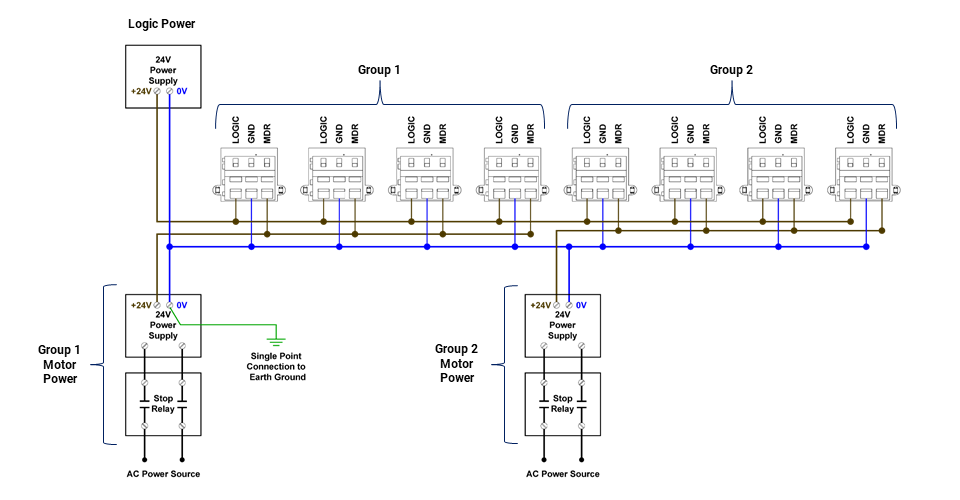