Anatomy of a Wallet

How cryptocurrency wallets store keys vary greatly based on the technology used and whether or not the public key is created from a single or multiple private key. Investigators should understand how keys are created because tracking them can prove very complicated and tedious. Some organizations require complex transactions, which results in the need for a complex wallet design. This section will break down the anatomy of a cryptocurrency wallet and explain how wallets store public and private keys.

There are three primary categories of wallet designs:

The seed is created through a process called a BIP39, a mnemonic phrase named after the Bitcoin Improvement Proposal 39. The seed can be made up of anywhere from 12 to 24 words. To create one, follow these steps:

To see an example of this, go to Mnemonic Code Converter or browse to https://iancoleman.io/bip39/. Here, you can generate a new seed with its associated mnemonic words (see Figure 11.6). You can select your own words from the BIP39 Word List or have the generator create a random set of mnemonic words for you. A BIP39 Word List can be found at GitHub BIP39 Word List or by browsing to: https://github.com/bitcoin/bips/blob/master/bip-0039/english.txt. 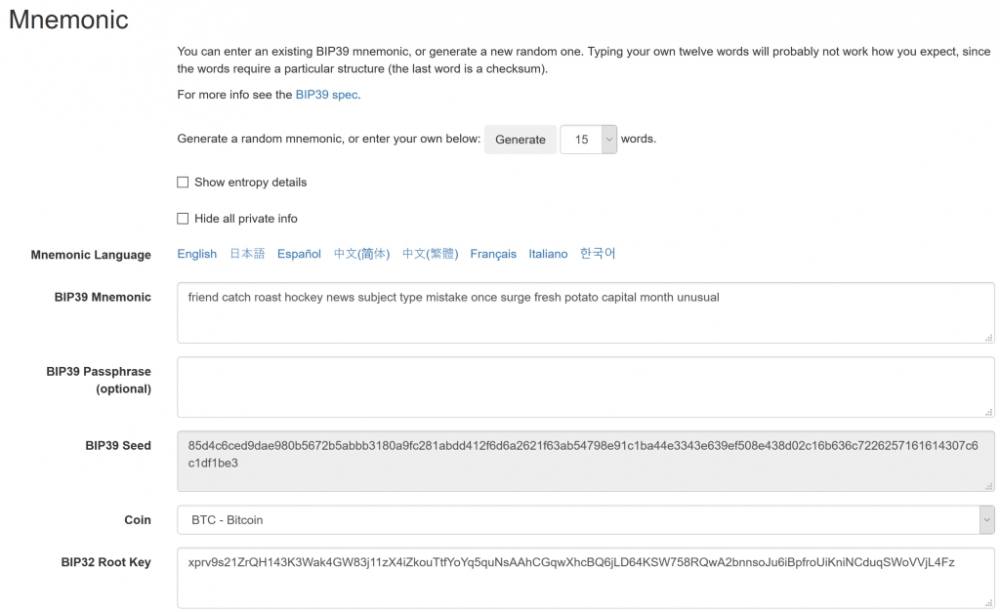 Once you have generated your mnemonic phrase in the generator, scroll down to the derived address box. There you will notice a list of derived keys that have been automatically generated. It will also include the private key, public key, and address of the currency you chose to generate the phrase (Bitcoin generated keys shown in Figure 11-7). 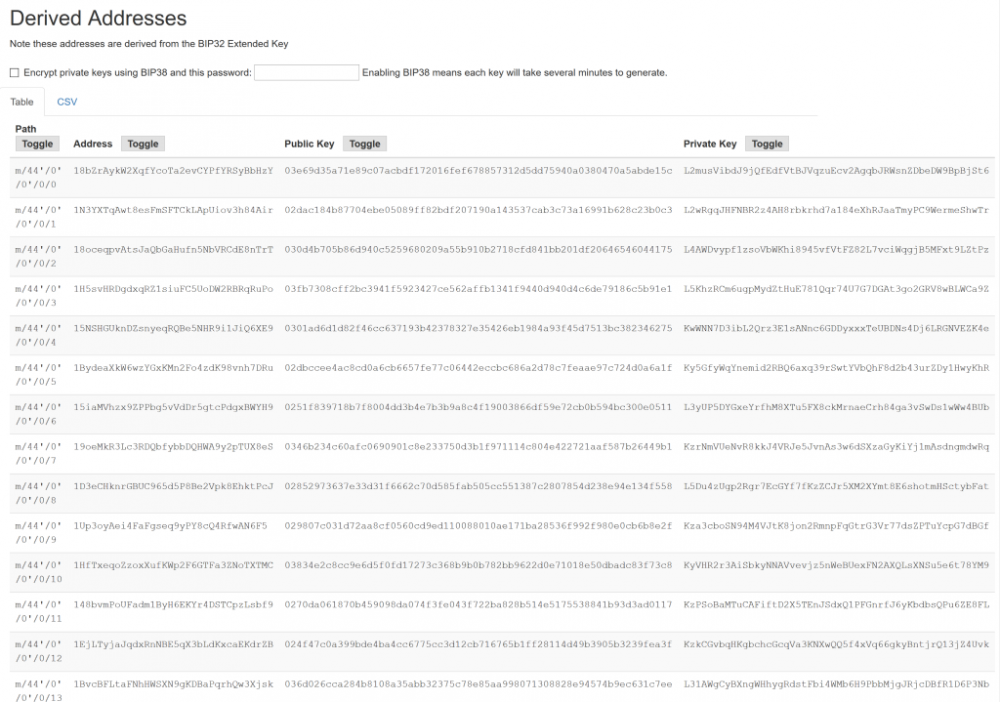 So, as you can see, the derived addresses are comprised of a structured set of private and public keys. This structured set of keys is also known as a “tree.” The master key is structured so that it can generate Child keys and Grandchild keys. The hierarchical tree uses this naming method to identify a specific key within the tree (See Figure 11-8). The keys carrying a number identifier as follows: 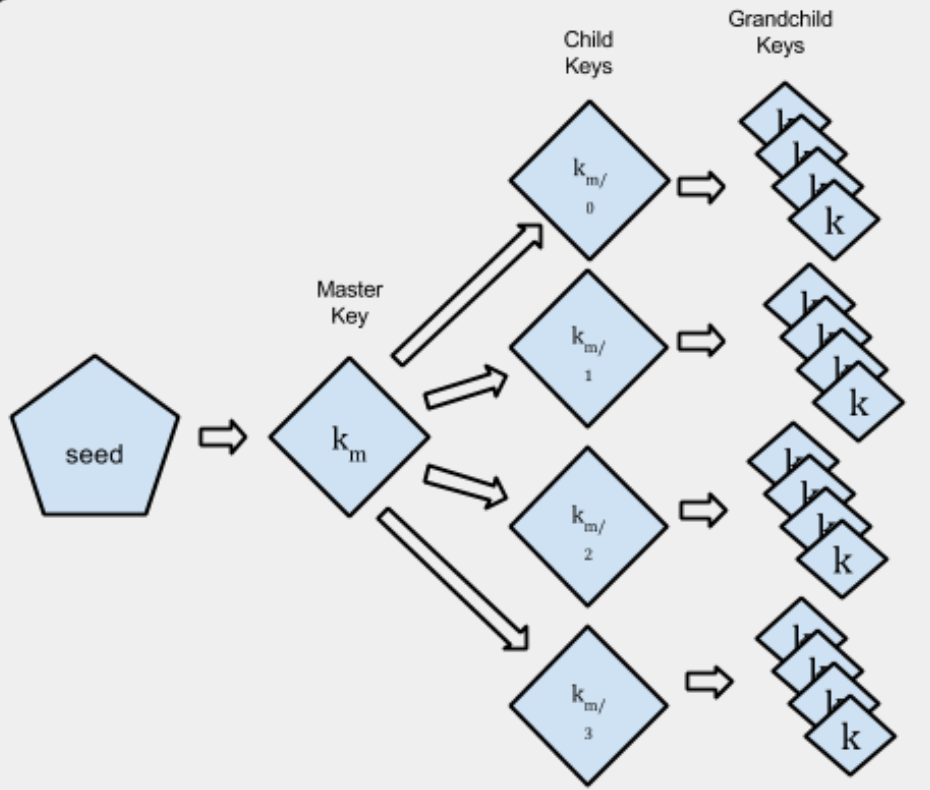 Currently, Bitcoin Core uses a simplified version of the hierarchical tree known as BIP32. A newer method called BIP44, currently being used by Trezor, has provided more flexibility and information. Most likely, BIP44 will replace BIP32 and become the new industry standard.

In breaking it down further, you can see that: