If the State thinks you have committed a crime, the District Attorney’s Office, representing the State, may bring criminal charges against you. Only the State – not another person or agency – can charge you with a criminal violation.

There are three different kinds of criminal cases: infractions, misdemeanors, and felonies.

The Federal courts are similar in structure to State courts in California. The Supreme Court is the highest in our country’s judiciary.

There are two levels of federal courts under the Supreme Court.

The United States Supreme Court has a Chief Justice and eight associate justices. The Supreme Court can choose a limited number of cases from the cases it is asked to decide. Those cases may begin in the Federal or State courts. And, they usually involve important questions about the Constitution or federal law.

Here is a flowchart that shows how criminal cases move through the court system. 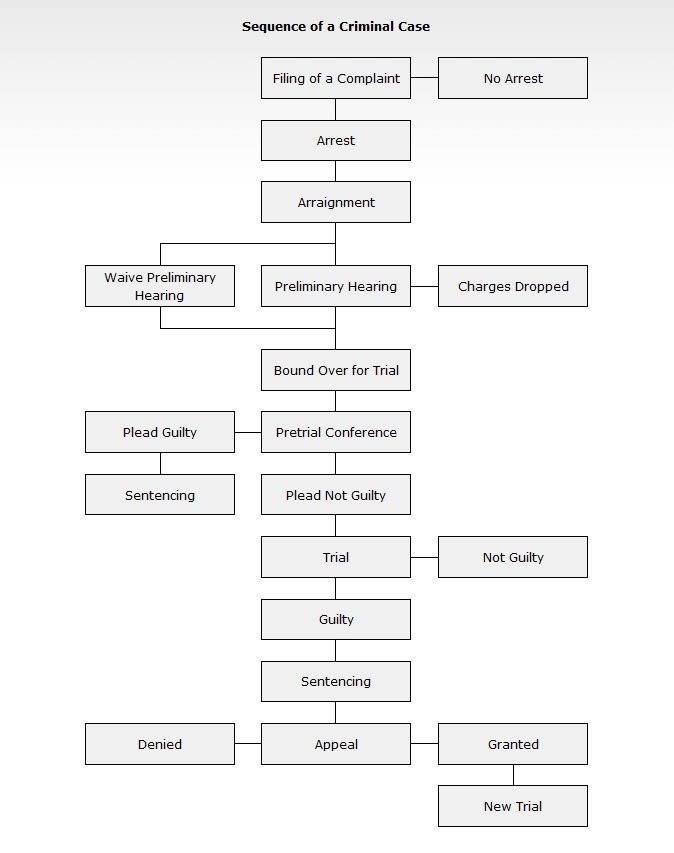 Introduction to the U.S. Judicial System
Criminal Offenses Under CFAA