Native tokens of state-of-the-art public & permissionless Blockchains like Bitcoin or Ethereum are part of the incentive scheme to encourage a disparate group of people who do not know or trust each other to organize themselves around the purpose of a specific blockchain. The native token of the Bitcoin network also referred to as Bitcoin, has token governance rulesets based on crypto-economic incentive mechanisms that determine under which circumstances Bitcoin transactions are validated, and new blocks are created.

These blockchain-based cryptographic tokens enable “distributed Internet tribes” to emerge. Unlike traditional companies structured in a top manner with many layers of management (bureaucratic coordination), blockchain disrupts classic top-down governance structures with decentralized autonomous organizations (DAOs). DAOs bound people together not by a legal entity and formal contracts but by cryptographic tokens (incentives) and fully transparent rules written into the software. 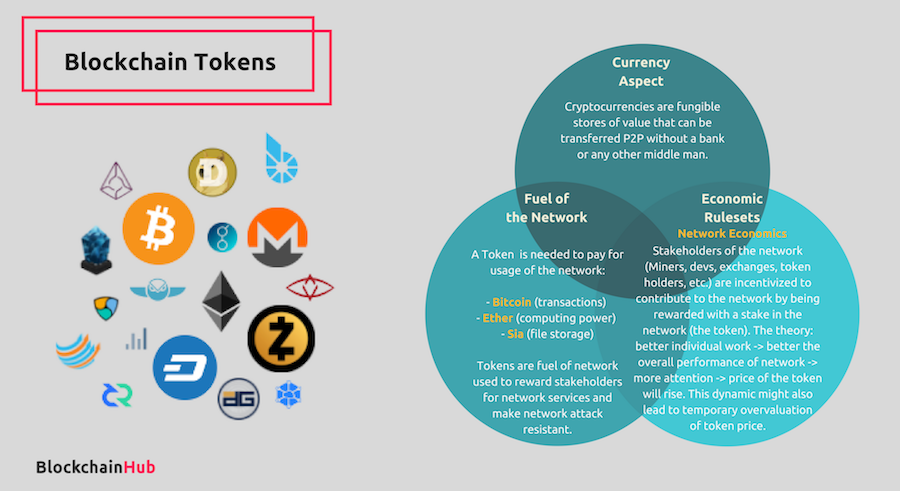 The Bitcoin Network can be seen as the first true DAO that provides an infrastructure for money without banks and bank managers and has stayed attack resistant and fault-tolerant since the first block was created in 2009. No central entity controls Bitcoin. In theory, only a worldwide power outage could shut down Bitcoin. 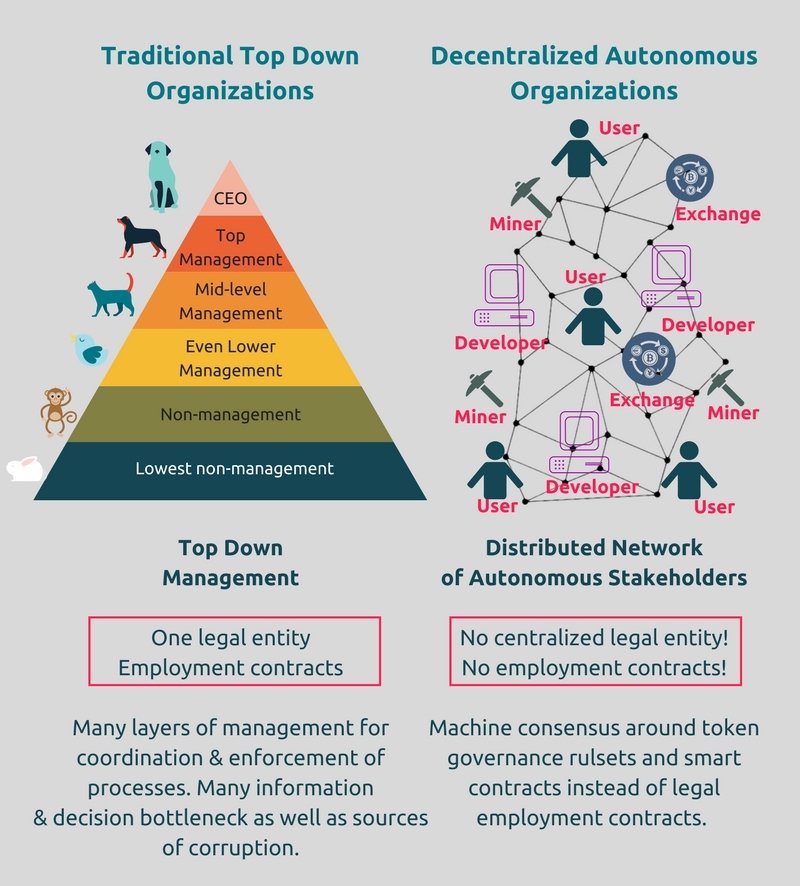 With the advent of Ethereum, however, tokens have moved up the technology stack and can now be issued on the application layer as dApp tokens or DAO tokens. Smart contracts on the Ethereum Blockchain enable the creation of tokens with complex behaviors attached to them. Today, the token concept is central to most social and economic innovations developed with blockchain technology. Only permissionless ledgers (public Blockchains like Bitcoin or Ethereum) need some incentive mechanism to guarantee that block validators do their job according to the predefined rules. In permissioned (federated/consortium/private) distributed ledger systems, validators and block-creators may be doing their job for different reasons: i.e., if they are contractually obligated to do so. In permissioned environments, validators can only be members of the club and are manually and centrally controlled. Permissioned ledgers, therefore, don’t need a token. Also, please note that the term blockchain in the context of such ledgers is highly controversial.