In situations where the full status of a given merge line needs to determine merge priority, ConveyMerge provides the ability to monitor the status of one or all merging lines and base the release priority accordingly. EasyRoll provides the option to select a given upstream zone on a given line as the Monitor Zone. When the Monitor Zone becomes occupied for a given time value; its line will be given release priority into the Merge Zone. There are two adjustable time values for this function:

*If multiple lines are configured for Dynamic Priority and each of their respective Block Timers have expired; ConveyMerge logic will revert to the First Come First Serve release mode until one or more of the releasing lines’ Clear Timer has expired

Please refer to Figure A and Figure B below. In EasyRoll, Node 2 upstream zone of the Center Line has been selected as the Merge Zone and the merge type is Up Left. The EasyRoll setting for priority is Center Line Priority. Also in EasyRoll, the Merge Line Full function has been enabled as assigned to Node 3 downstream zone of the Left Line.
With the Merge Line Full feature enabled on the Left Line; once Left Line Node 3 downstream zone remains accumulated for the Block Timer’s timeout (Figure A); priority will dynamically change to the Left Line. This Left Line priority will remain in effect until the Clear Timer’s timeout has expired (Figure B). When this occurs, the priority will automatically revert to the EasyRoll configured priority (Center Line in this example).

In this example, if we did not enable the Merge Line Full function for the Left Line and if there was a steady flow of product on the Center Line; the Left Line would never be able to release because the default priority in EasyRoll was set to Center Line. 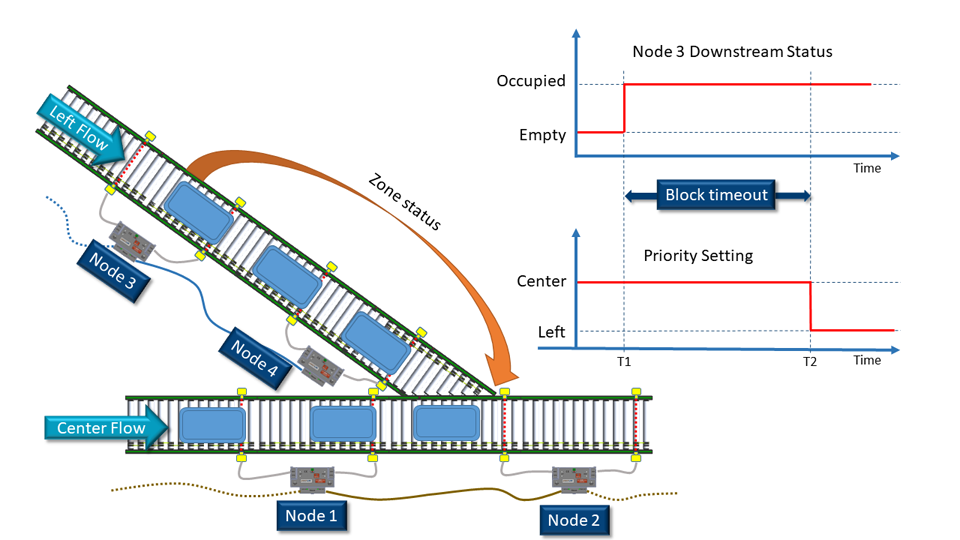 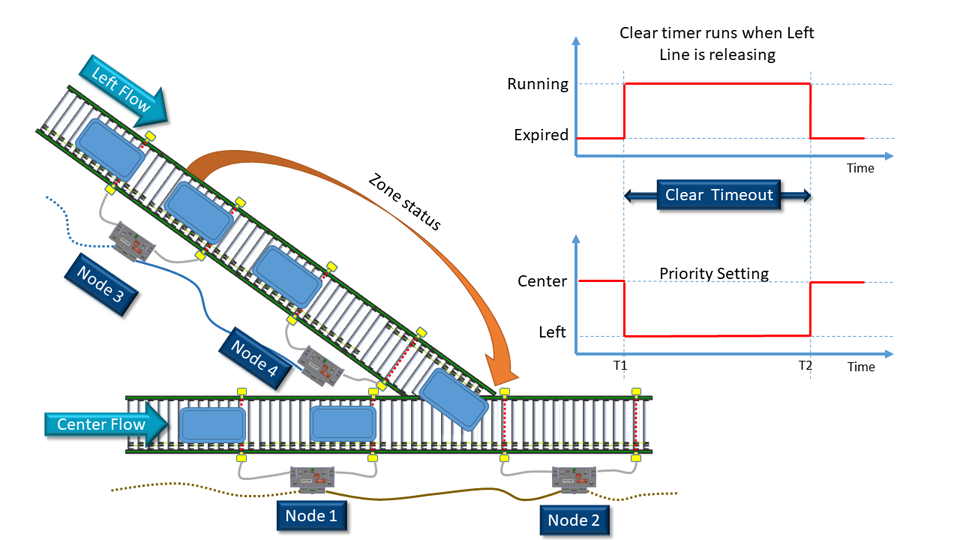