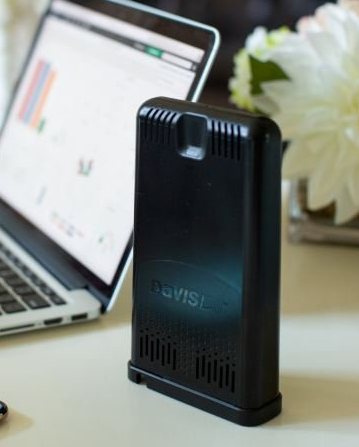 Weatherlink Live (WLL) is an important new receiver/logger device in the VP2 family introduced by Davis in 2019. WLL has several novel features of its own such as the ability to receive data from ANY MIX of up to eight VP2 wireless transmitters. But in essence Weatherlink Live combines the receiver functions of a VP2 console (though without its own display and so is more akin to an Envoy or Envoy8X console) with those of a data logging/upload device.

Because a Weatherlink Live unit has no display or physical controls of its own and can only be managed and configured via software, it behaves more like a software logging/uploading device than a console. So the general topic of configuring and troubleshooting WLL units is dealt with in the main Weatherlink Logger section.

WLL wireless troubleshooting:Weatherlink Live receives data from all the standard types of VP2 wireless transmitters and using the standard VP2 wireless protocol. (The only distinguishing feature is that WLL has its antenna internally within the case rather than externally and so the default position of the WLL antenna will obviously be vertical.) Therefore the usual comments about factors affecting wireless range and reception as outlined in the wireless troubleshooting topic here still all apply.