To access Reel-Scout™, go to your Film Office Link, typically http://____.reel-scout.com (where ___ is your office acronym). Access to the application is on a user-assigned basis only. Initial User Logins and Passwords have been created for current staff and affiliates of your film office. 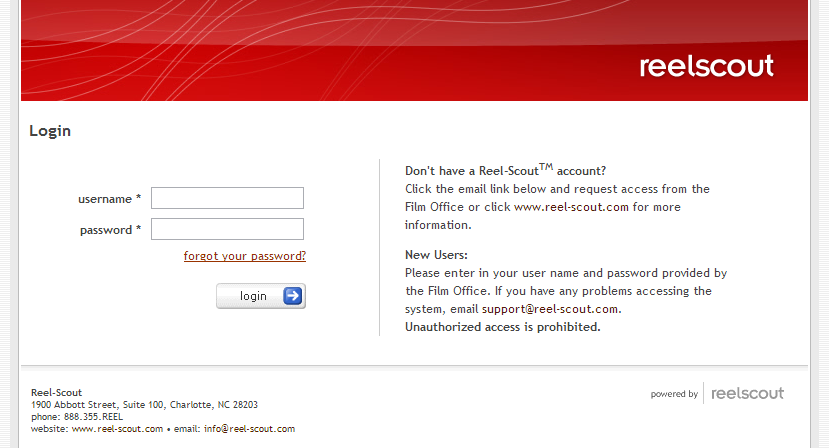 There are several major modules (search and replace component > module) of the Reel-Scout™ system:

*NOTE: Each major component has a subnavigation below the module selected. These and their related sub-components are described in detail in the following sections. When selected, the appropriate module will be underlined in red.