The Windows client software is a relatively small application, occupying less than 10MB of space. The software can be installed locally to each person’s computer, or alternatively to a file server location for easier deployment.

The connection details for the Transport Expresso domain controller are obtained from SAP Logon, via the saplogon.ini file. 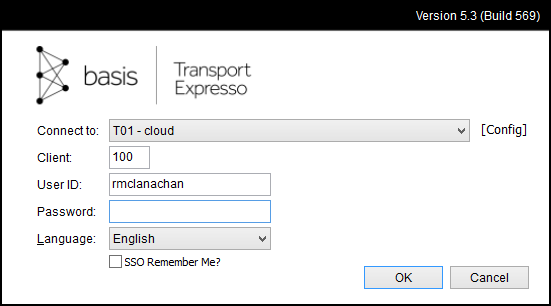 (1) Although the client software does run on older 32-bit operating systems, such as Windows NT 4.0 and Windows 98, only Windows 2000, Windows XP, Windows Vista and Windows 7 are officially supported.

(2) Remote function call is a TCP/IP sockets-based protocol that utilises the 3300-3399 range of port numbers. For example, if the Transport Expresso domain controller has system number 10, then the client software will communicate with it using TCP port number 3310.