It is possible to manage manual activities and non-SAP changes within Transport Expresso.

This can be used to manage non-Transportable changes and activities and still enforce an approval and audit process. These types of changes will still use the concept of transports and paths and so will follow the existing process and logic in Transport Expresso. They can either be sent down an existing SAP path or a new path created specifically for each non-SAP system.

When a transport form is created there are 3 options: 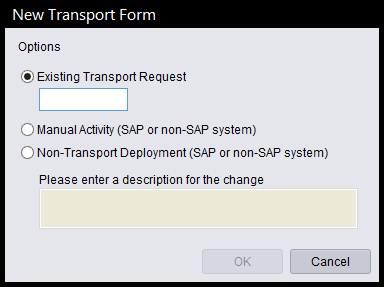 For the Manual Activity and Non-Transport Deployment types a description will need to be entered and a dummy SAP transport will be created. This transport is just a holder for the change to allow it to be sent down any transport path which can either be an existing SAP systems path or a path that’s created for non-SAP systems as well.

Manual Activity type changes automatically create a manual step in the transport form. This can be updated to choose the systems the activity is relevant for and then be marked as complete for each system rather than performing an import. Once completed the import queue will be automatically skipped for the relevant system.

Non-Transport Deployment type changes are handled in the same way as normal SAP transports but instead of a transport import a custom import method can be called via a user exit to perform the deployment. The required deployment can be attached to the transport form and used by the deployment method to execute the change.

In order to support these new change types a dummy transport will be created in a nominated SAP system. It is recommended to use the TE domain controller system for this but not essential. A SAP transport target can also be specified if required but using “SAP Default” will allow SAP to determine this automatically. 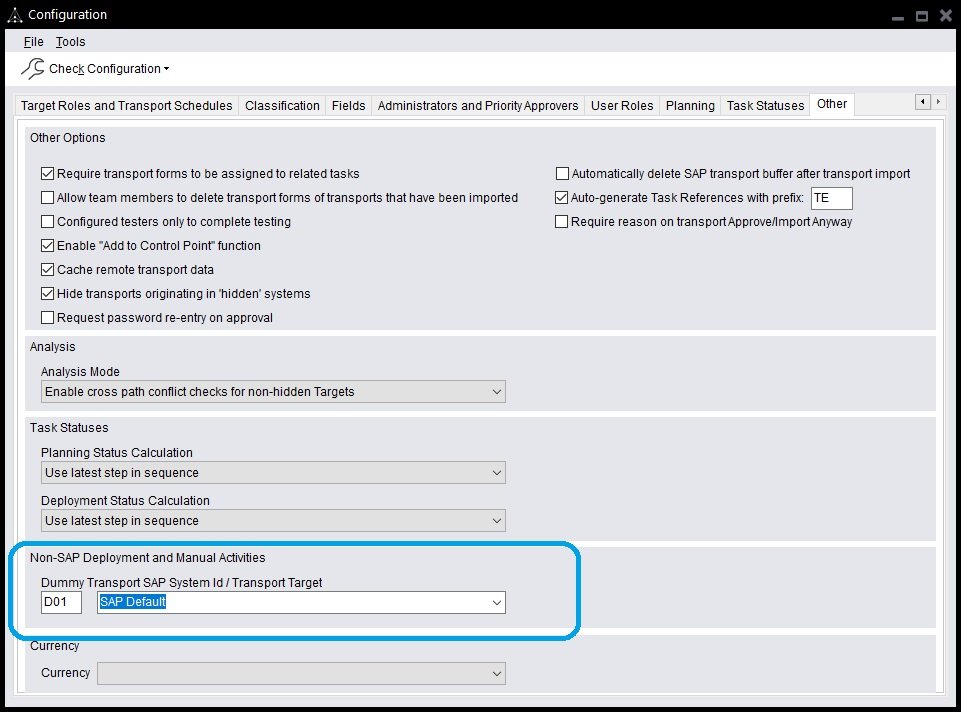 The transports do not need to be released as there will be no import process for them so if required they could be deleted afterwards as part of a clean-up.

In addition, in order for the Transport Expresso caching to function correctly the SAP system configured here also needs to be created as a TE target system and marked as a source system for transports. (This doesn’t need to be added to any transport paths): 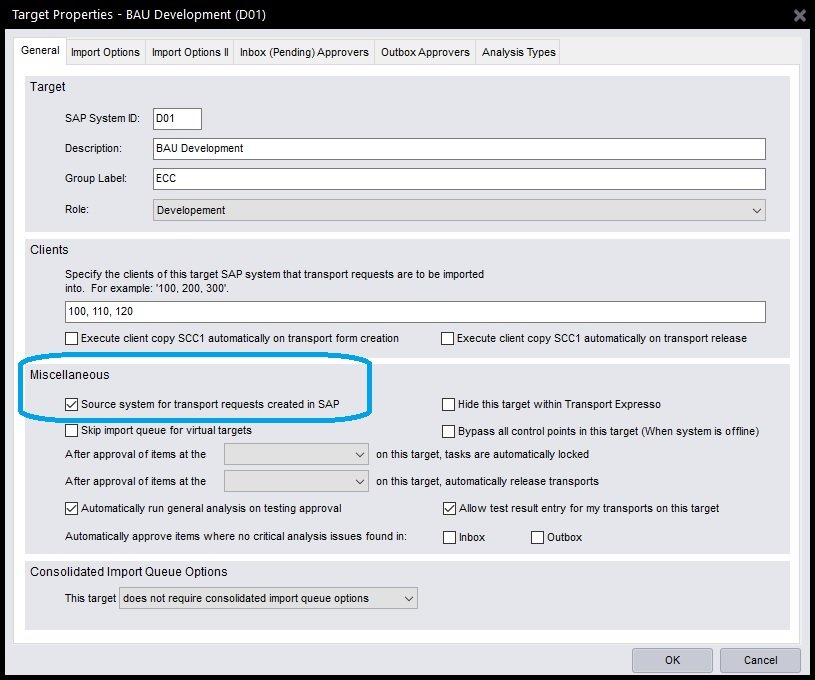