When a transport form is created, it will be moved to the relevant control point in Transport Expresso.

If you are an approver for this task/transport, you will receive an e-mail from TE telling you that there is a task/transport for you to approve.

Transport Expresso performs a General Analysis function that is automatically performed during approval and import. The general analysis includes all the standard analysis functions such as:

The General Analysis will also perform any other configured analysis types that have been marked as mandatory for that control point.

Prior to approval or import the tasks/transports can be analysed using the “Analyse” button. First highlight the items to be analysed or use CTRL-A to select all.

Individual analyses can be run one by one or the General Analysis can be run to check everything in one step: During the analysis a progress monitor is displayed so the current status of the analysis process can be viewed: 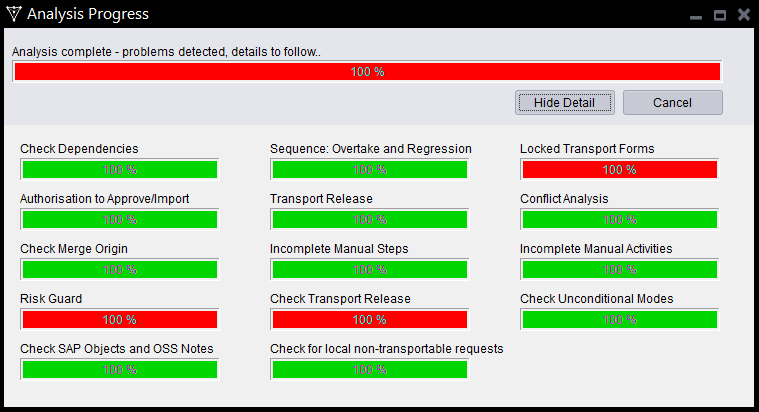 If any issues are found a popup window will be displayed to warn the user: 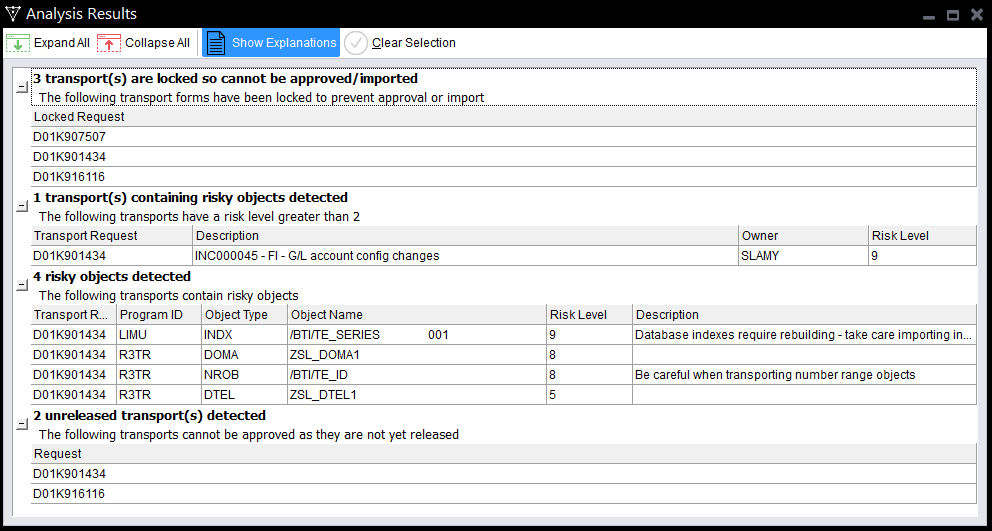 If a task is to be approved, use the

button. Any analysis issues will be output in the popup window but if required the user can Approve Anyway if authorised to do so.

If a task is to be rejected the

button can be used. A reason for rejection and comment can be added:

The rejection will automatically lock all associated transport forms in the location where the rejection is processed.