It is good practice to release the transport sub-tasks in SAP as this will identify most issues within SAP and reduce the number of release failures in TE.

Transport Expresso by default will import transports in the order in which they have been released so this should be considered when releasing.

Right clicking or choosing the menu option Actions -> Release will perform the release of the selected transports. 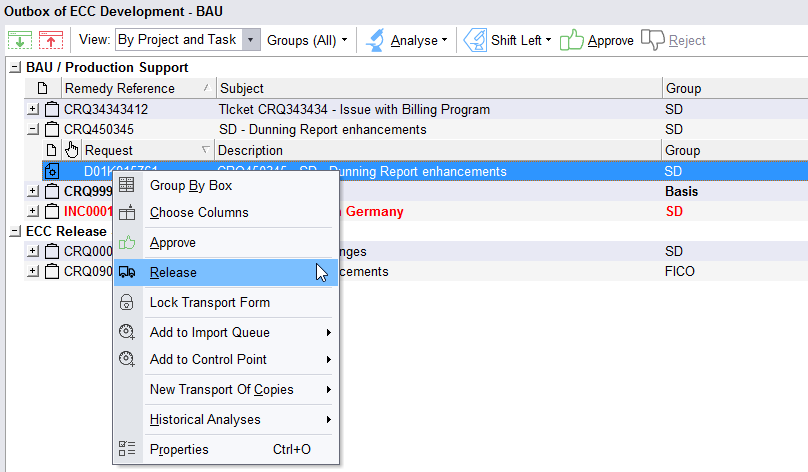 If the release fails in TE an error or warning will be displayed along with the relevant details. If the failure is due to a warning the release can be retried in TE but if an error occurs this will need to be investigated within SAP.