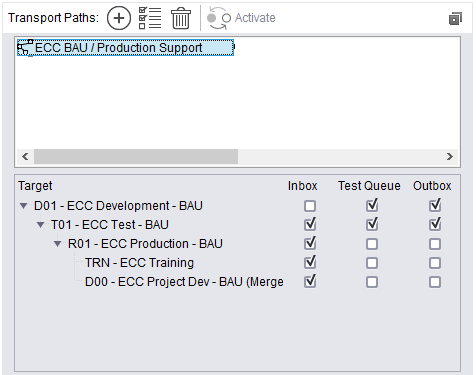 Please note that it can cause issues if the same target system is present on more than one transport path so this is now prevented in Transport Expresso. If this is required the SAP system should be defined against an additional target system to allow this to happen.