The speed cameras feature will show and notify you about known locations where you could be getting a speeding ticket.

For static speed cameras, i.e. those which are permanently installed next to roads, their database is included with the app and these will be shown even in offline mode, when your device has no internet connection. The database for static speed cameras is updated several times per year, and the information for it is gathered from many sources, usually specific to each country.

You can find options for Speed Cameras in the Sygic app’s menu → Settings → Speed Cameras. You can enable/disable this feature, select the warning sound, and adjust the distance from which you will get notified about them. 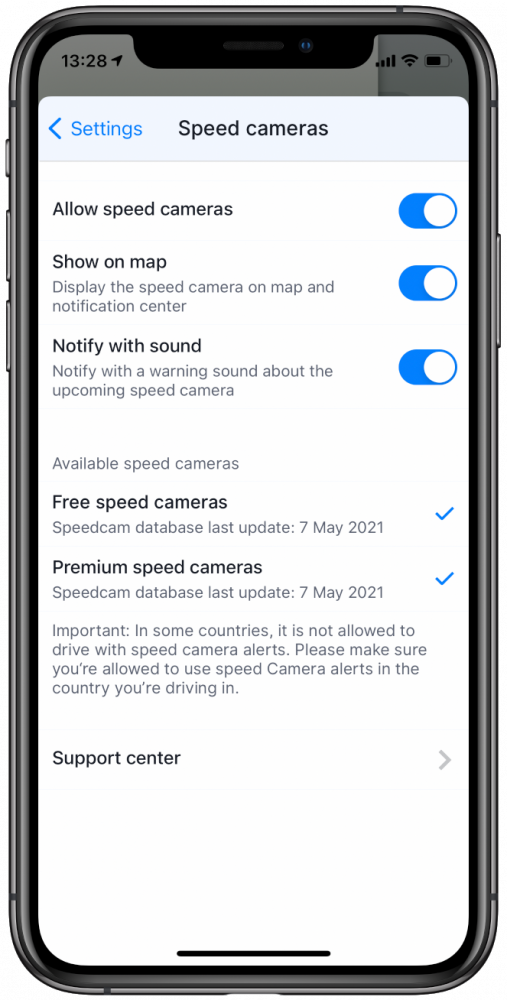 Icons for speed cameras are shown on the map directly at the location where it should be, and when you are navigating, a larger icon and distance to the camera will also be shown on the left edge of the screen.