Importing routings and operations in CadConnect.

Importing routings and operations in CadConnect.

You have the possibility to import either references to existing routings or new operations lines that then will end up as a new routing in CadConnect and BC.

You have one Setup Field to concern: Default Resource Type. 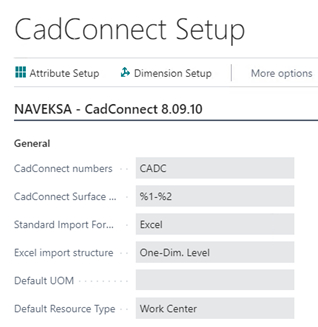 When you import operations and thereby resource no. the system will look in the Setup to define what type the resource should have.
In the import you specify just like all other imported values, where they are found, that is in which Excel column. 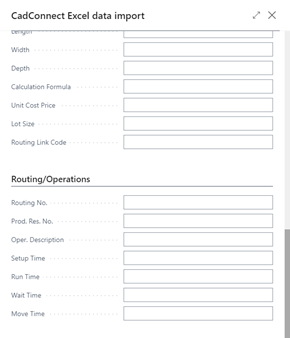 If you set import references for Prod.Res.No. then the values imported from that column must match an existing BC Resource of the type selected in Setup.

This will then be added as an operation to the item found on the line just above the first routing line. Additional lines will be added as operations on the same routing. The operations will be filled with relevant data from the columns specified in the following import references.