Bleach bypass is a technique originating in film processing, where the bleaching step was completely or partially skipped during development. Bleaching typically serves the purpose of removing silver emulsion from the film. The result is a dramatic image with high contrast and low saturation.

Takes the image and applies an effect which looks like it was lower resolution and has been dramatically increased in size. Common use cases for it include hiding the identities of faces or number plates on cars.

Here is an example of the effect in action on a photo: 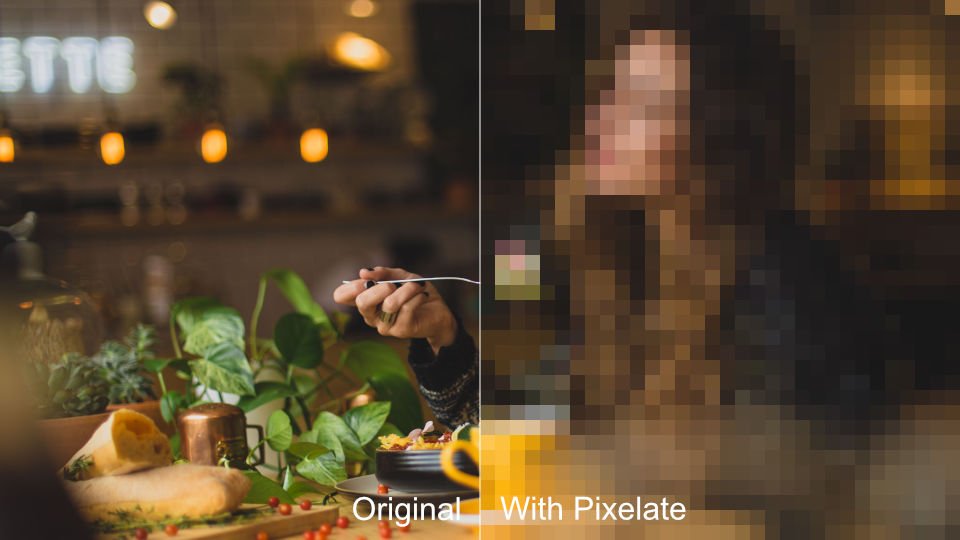 In the example below you will see pixelate applied to two pieces of text. On the left the Use original alpha is on. This means it will not pixelate the alpha channel and since the text has a solid color you do not see any difference over the original text. On the right you will se it with the Use original alpha off meaning it will pixelate the alpha channel and the edges of the text get pixelated as a result: