Here is an example image show the effects of the clarity amount slider: 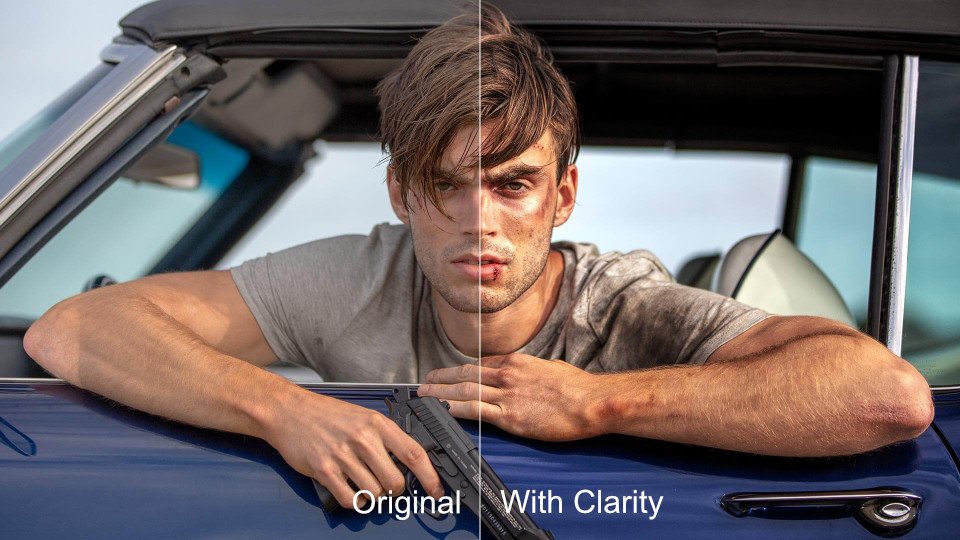 Here is an example of an image which uses the structure slider to manipulate the fine details like skin pores and facial hair. First we can emphasise these details by using a positive amount: 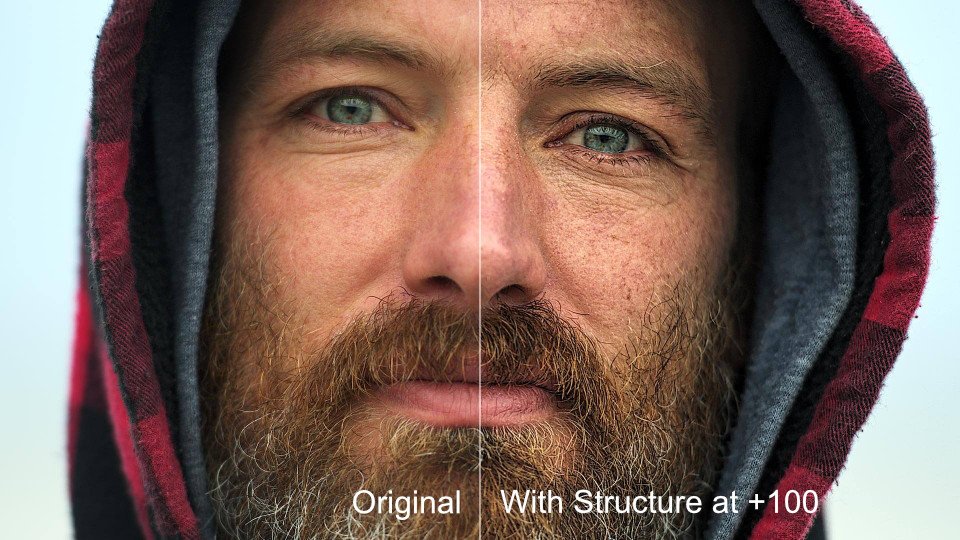 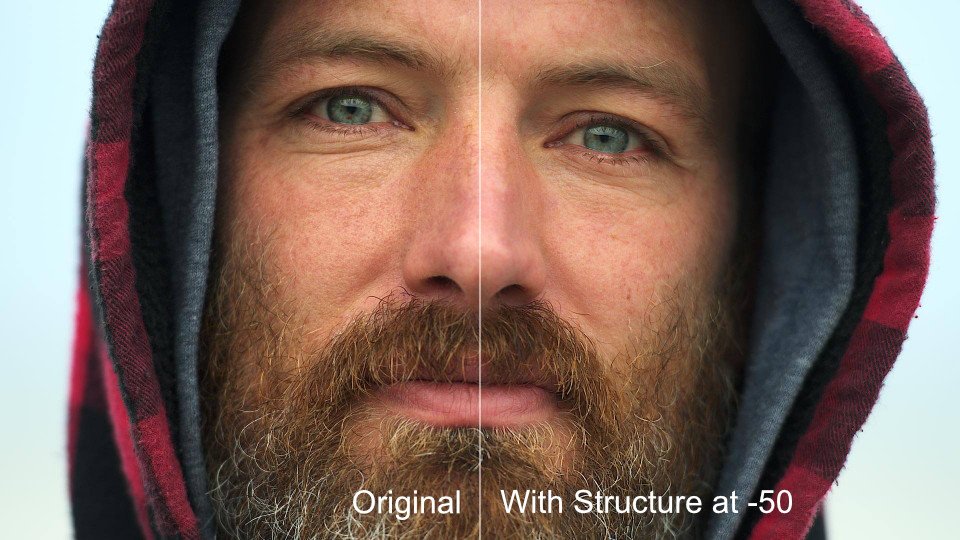 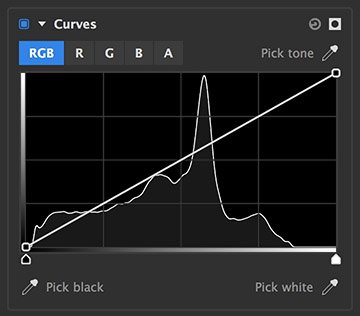 This allows you to remove haze to your images which is a white wash over your image caused by particles in the atmosphere reflecting pure white light in front of your subject. Its particularly effective on hazy skies or fog. It does so by estimaing the distance each item in your image is from the camera at the time of shot and adds or removes white based on this distance along with the amount you specify. 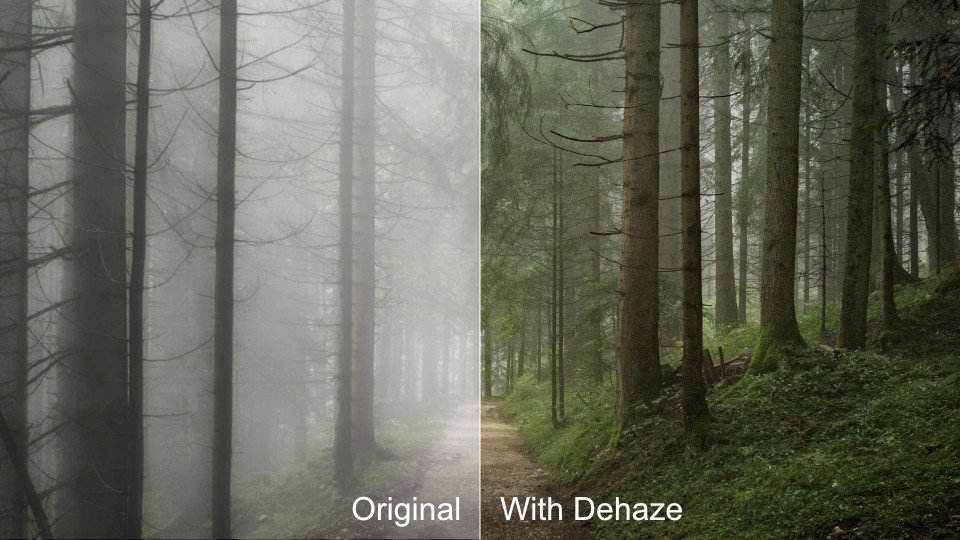 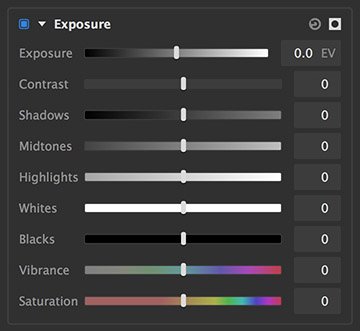 Levels gives you detailed information about the channel composition of the layer through the user of a Histogram Display. This histogram shows information about the image just before the effect is applied. This allows you to make adjustments to the tonality of the layer based on this information. A Histogram is a graph which allows you to quickly see at a glance the exact range of tonal values in the image. The histogram gives you a more accurate way to assess colors and tones than by eye as humans can percieve them slightly differently.

The tones in the histogram represent pure black on the left and pure white on the right. For colors this translates to how saturated each channel is. The height of the graph at any point inficates the relative frequency of that specific tone in the image. 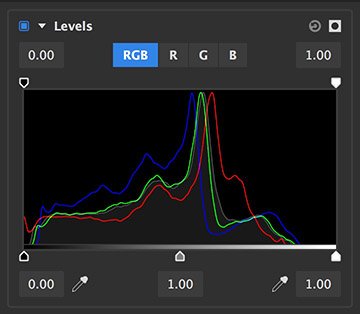