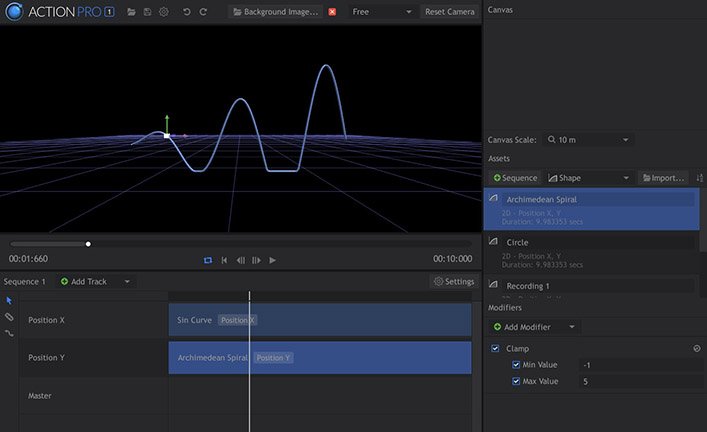 Action Pro is a powerful tool for recording real-world movement and converting it into paths that can be used for animation in other software. Using a variety of input methods, including a mouse, mobile devices, Leap Motion or Virtual Reality hardware, you can record your movements directly into Action Pro in 2D or 3D. The paths created can then be refined, modified, or combined, and exported to a format that allows you to use them as motion paths for visual effects, motion graphics, or other animation.

In the past, creating complex 3D motion paths could be a difficult and complicated process. The innovative approach taken by Action Pro allows you to easily create complex paths by simply moving your hands. There has never been an easier way to convert the paths you visualize in your head into a digital format ready for use. The data recorded is frame independent, so it can be used in video projects at any frame rate to create smooth movement.

Examples of things you can do with Action Pro include:

1.1. What’s New
Thanks for your feedback.