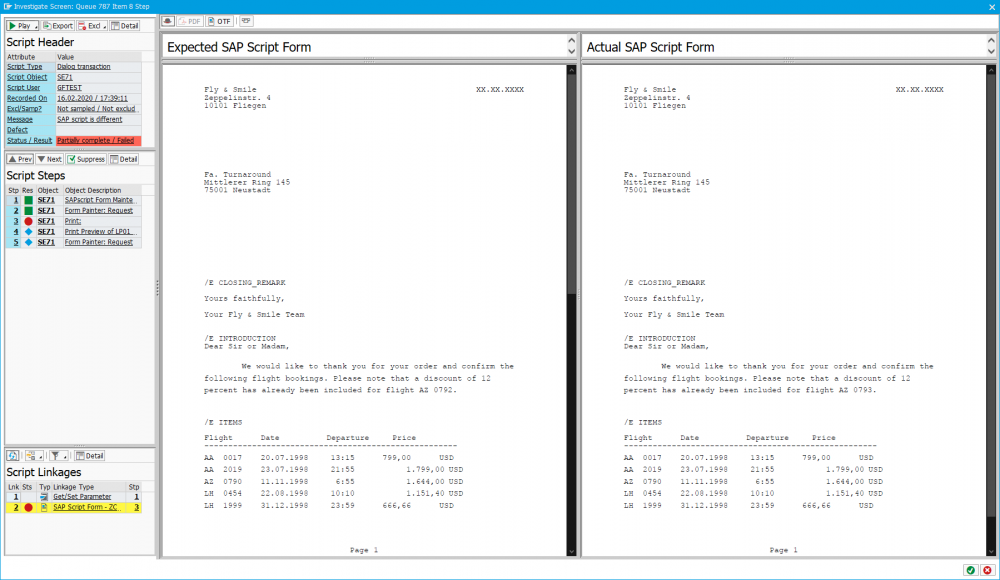 There are two failure reasons for SAP Script Forms:

*You can additionally view the header of the SAP Script Form or the raw OTF data of the form by selecting the approprate toolbar option.

*Each SAP Script Form that is captured in the recording is compared with the forms that were captured in the playback. The result of this comparison is shown in the lower left linkage list. A green indicator shows that the comparison was the same. If it is red it means the validation failed.

Additional information is available in the Key Enhancements for Testimony v2.21 on SAP Script Forms